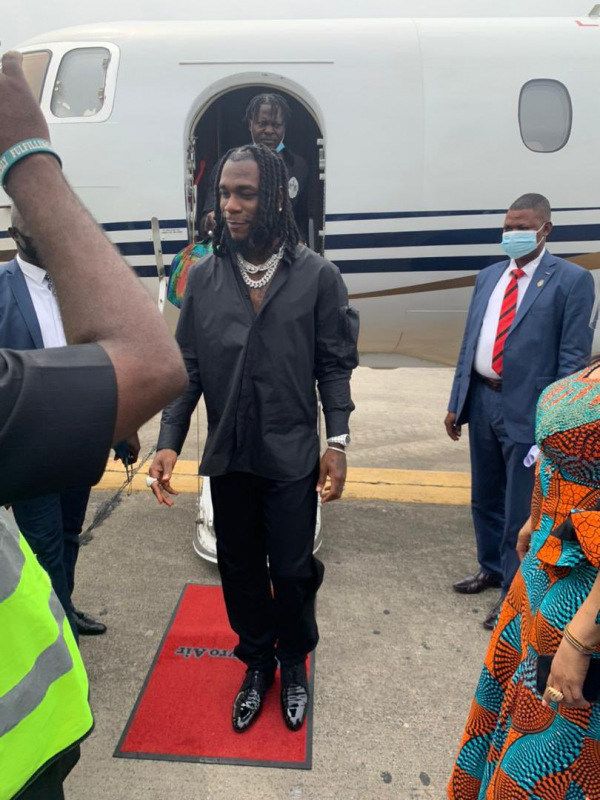 Multiple award-winning Nigerian singer, songwriter, rapper, and dancer Burna Boy is celebrating yet another milestone in his music career.

This is after a music video for the hit single 'On The Low' surpassed 200 million views on the American online-video sharing platform YouTube.

Burna Boy released the video in 2018 and it now ranks as the most-viewed on his YouTube channel.

Another single that comes close to the video, in terms of YouTube views is 'Ye' which currently has over 137 million views.

Taking to his official Twitter handle to share the new milestone, the 'African Giant' thanked all that continue to support his music, pointing out that all the views on the 'On The Low' video were organic.

"200 million Organic Views.
Thank You for your continuous Support. Truly Grateful," he tweeted. 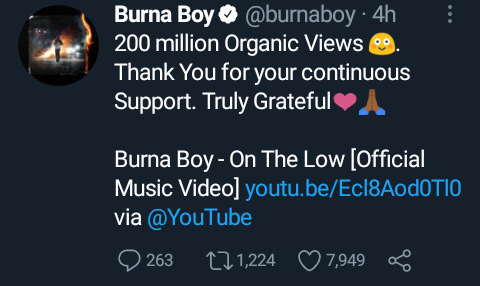 'On The Low' is a single housed in the Grammy nominated 'African Giant' album released in 2019.

Burna Boy now becomes the second Afrobeats singer to have a music video surpass 200 million YouTube views, after Davido who reached the milestone in February with the double-Gold certified 'Fall' hit maker.

Born Damini Ebunoluwa Ogulu, Burna Boy is one of the biggest and most successful African artists.

He rose to prominence in 2012 after releasing 'Like to Party', the lead single from his debut studio album L.I.F.E.

He recently became the first Nigerian singer to win a solo Grammy Awards after his 'Twice As Tall' album won the World Best Album at the 63rd Grammy Awards.

Adekunle Gold Drops Brand New Single "It Is What It Is"