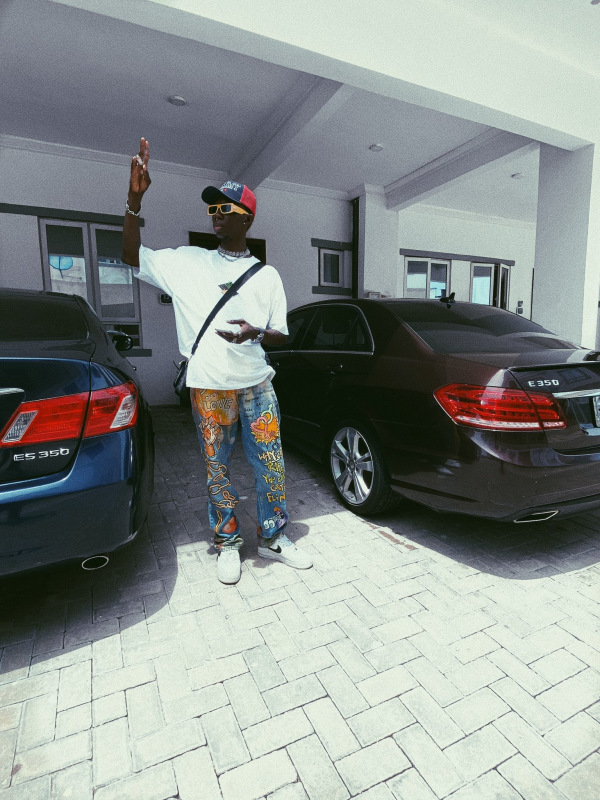 Nigerian rapper Blaqbonez has revealed that he was involved in an accident the very same day that he released the single 'Bling' off his debut album 'Sex Over Love'.

The rapper who's signed to 100 Crowns - a Subsidiary of Chocolate City Music dropped the single on April 11, 2021, days before he unveiled his debut album. 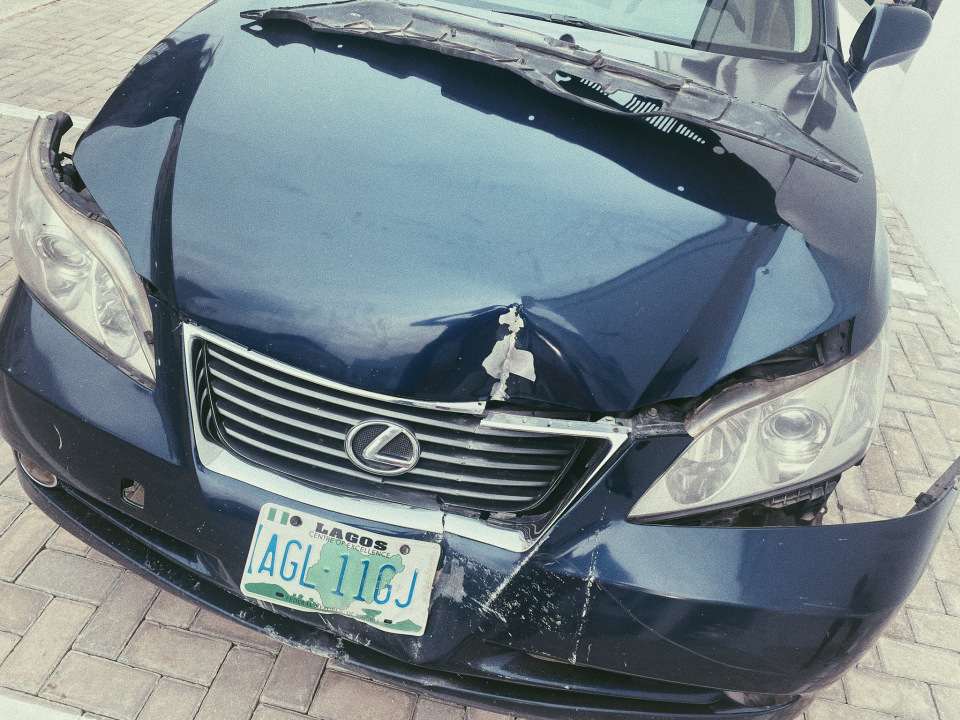 He, however, did not divulge more details about the incident which he noted threatened to affect the release of the 'Sex Over Love' album.

Despite the accident, Blaqbonez remained focused on the prize - releasing the project.

"The day i dropped Bling was supposed to be a happy day, but it ended in an accident with my lexus, didn’t let it get me down, Focused on my album. now look," the rapper tweeted. 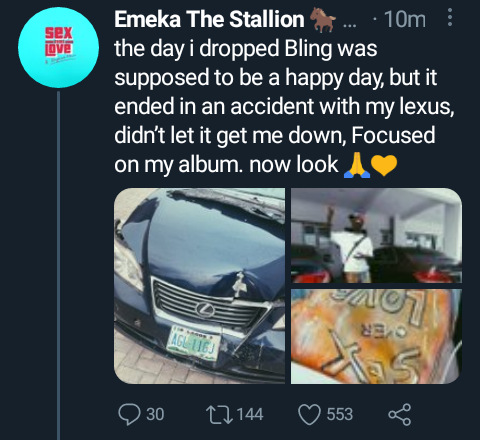 He also shared a photo of a partly damaged Lexus vehicle that was involved in the accident.

The album which Blaqbonez describes as "my truth, my reality..." has been received positively, and has topped Apple Music album's chart in Nigeria in the last 3 days since its release.