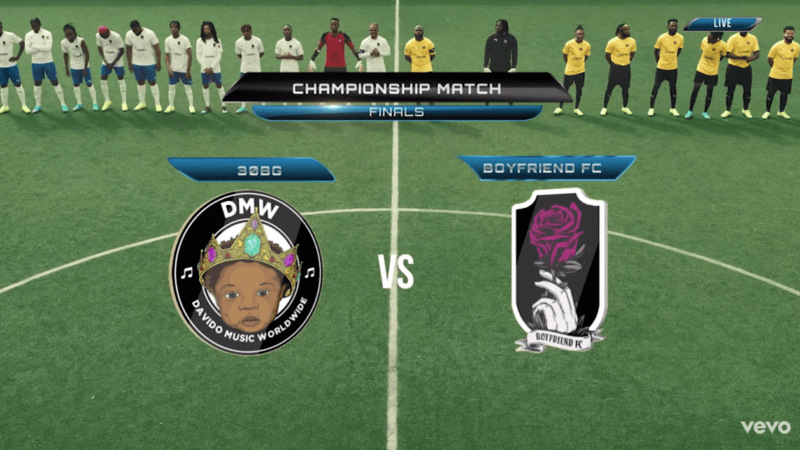 American-born Nigerian singer Davido has released an official music video for the single ‘La La’ off his 2020 album ‘A Better Time’.

In the song, Davido who is rated as one of the most influential artists in Africa featured fellow Nigerian singer CKay.

Visuals for ‘La La’ are kind of unique, they involve a football match, and pitting Team 30GB captained by Davido and Team Boyfriend FC whose captain is Ckay.

Davido manages to beautifully build his love storyline in this amazing visuals, as he is at times caught starring at a beautiful girl while in the middle of the game – something his teammates blames for the team’s lose.

Aside from the football game, you’ll also get a taste of some sleek moves from beautiful girls once scenes move from the game to Davido vibing to the beautiful lady sat in a midst of fans who had turned up for the epic game.

This amazing ‘La La’ video is directed by Dalia Dias.

This is the fifth music video that Davido has released off the ‘A Better Time’ album.

It follows up on the previously released videos for ‘FEM’, ‘Crazy Baby’ featuring Lil Baby, ‘Jowo’ and ‘The Best’ in which Davido teamed up with Mayorkun.