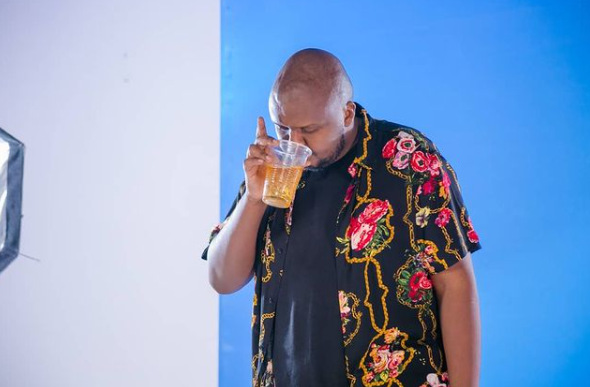 ‘Naitwa Mejja’ is a groovy jam which dives into who Mejja is, how he came to Nairobi, his likes and dislikes.

Mejja and Nasha are able to balance Bongo Flavor and Genge in their delivery throughout the song as they harmonize with each other's style.

The new song also dives into differences between Kenyan cultures, as they both hilariously discuss the cure for hangover, with Mejja insisting that it is bone soup and Nasha citing coconut drink.

'Naitwa Mejja' has been received well, with fans commending Mejja for his consistency in releasing hit songs back to back and also congratulating Nasha for a job well done.

The hit song which premiered an hour ago is already doing well on YouTube and currently has over 10,000 views.

'Naitwa Mejja' is the third song on Mejja's YouTube channel which already has over 104,000 subscribers to date. His first two songs; ‘Ulimi Yangu’ featuring Dj Nephas and ‘Siskii (Kamotee)’ which were released in February this year, have already amassed over 1.1 and 2.6 million views on YouTube respectively.

‘Ulimi Yangu’ which was his first project, is a jam based on a comical story of how Mejja's tongue has been putting him in trouble. On the other hand, ‘Siskii’ is an upbeat song on how Mejja does not listen to advice from his friends and his mother when they tell him to leave a toxic relationship.