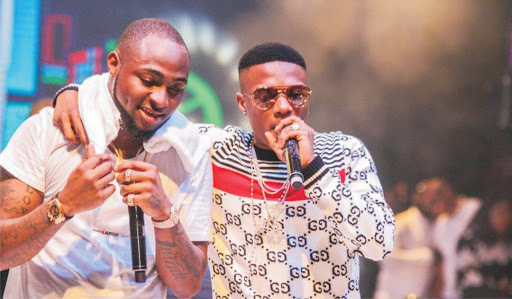 It's been six years now since Davido promised fans a collaboration record with his estranged friend Wizkid. The record was supposed to come “next month” but months and years have passed ever since and fans have moved on with the reality of the fact that a Davido and Wizkid collaboration might never come into fruition.

“Best Male 2 years in a row!! Davido x Wizkid drops next month!!,” an excited Davido tweeted moments after scooping the award for the best male at the MTV Africa Music Awards for the second consecutive time in 2015. Well, it’s 2021 and while fans are still waiting for a possible collaboration between this duo, here are four reasons a Davido and Wizkid collaboration record might never happen.

It very well seems like either one of them is not interested in making this collaboration happen and you know who. Davido has always made his intentions to work with Wizkid open but not much has been heard from Wizkid’s end. Even in 2015 when Davido sent out that tweet of an incoming collaboration from the duo, Wizkid never engaged in the post to show any form of “yeah I’m down with that” response to fans.
Davido in a recent Bounce Radio interview with media personality and TV show host, Ebuka revealed that he has never been or shared a studio session with Wizkid.
Records are made in the studio and although artistes do not have to share the same physical studio space to create a record, realistically a Davido and Wizkid collaboration is more likely to happen if and when they are in the same studio space. If Wizkid ever decides to hit Davido up for a collaboration, from all indications, it will most likely get to happen than if it was vice versa. But will Wizkid though? Not sure he rates Davido enough to try to get him on a record.

the Davido and Wizkid rivalry was spun from arguments of who the better artiste is, awards, who makes more hit records and the quest to be the number one artiste in the country. Even as much as Davido lauds Wizkid every now and then and has also said he inspired him a lot in his early day, he still acknowledges himself as the best in the country, a claim which just like many, especially his fans would agree to while many others will definitely not.
Every other day, Davido and Wizkid FC are going at each other on social media. The rivalry has grown to a whole lot of community of fans who would not just stop at defending their favorites but also coming for and provoking their rival fan base.
The two fan bases offer some sort of entertainment on social media and it would defeat the whole purpose if Davido and Wizkid ever decide to put all grievances aside and put a record/s out together.

They are not friends

Although you don’t necessarily have to be friends with an artiste before you collaborate with them on a record, Davido and Wizkid were known to be good friends in the early days of their career but the friendship deteriorated for whatever reason and here we are today. Wizkid made a couple of cameo appearances on Davido’s music videos early in his career while Davido in turn did the same in Wizkid’s. If that level of friendship as of then did not birth a collaboration tune, which then would. From all indications, looks very well like their beef transcends past just music rivalry.
Several subs on social media here and there over the past years made it quite obvious that they were both not on good terms. Well, everything seemed to have been squashed in 2017 when Wizkid surprised fans and brought out Davido to perform at his Homecoming Wizkid The Concert event. The duo performed together and shared a hug afterwards. Davido reciprocated the same gesture days after at his own 30BG concert, introducing Wizkid as his best friend while the singer jumped on stage and they both performed to an ecstatic crowd. It didn't take long however before that show of friendship crashed with both artistes falling out somehow again and ending up unfollowing each other on Instagram.

The expectations from a Davido and Wizkid collaboration if it ever happens will be nothing less than an instant hit. This type of pressure is what both artistes definitely would not fancy and hereby opting to maybe just allow things the way they are.
Comparisons of who killed the record or not would definitely cloud the way the song will be consumed and this is what both parties would most definitely not like to happen. Also, although both are generally referred to as Afrobeats artistes, their sounds are quite distinct so it might just be more tasking to find a common ground on a record where both artistes can excel and show off their strengths.

It would be interesting to hear what Davido and Wizkid would sound a record together though but the reality is we might never get to hear.