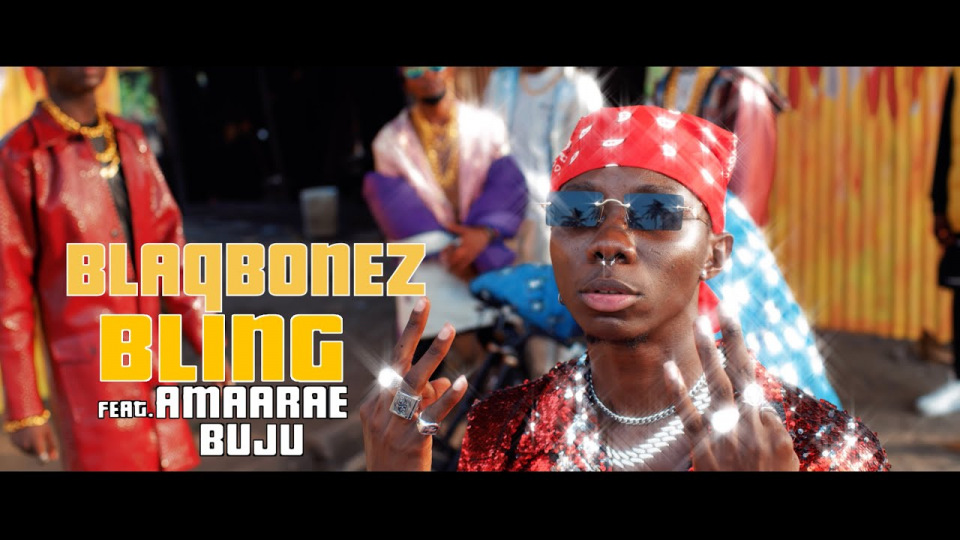 Bling is track number 3 off his forthcoming highly anticipated album, Sex Over Love which is expected next week. The video signs off build-up to the project as the next material fans will be getting from Blaqbonez will be the full album.

Directed by boy director, TG Omori, Bling video starts off with some role switching with TG Omori taking the place of Blaqbonez as the artiste and Blaqbonez assuming the role of the video director. It was just only going to last for a few seconds as things went south and Blaqbonez got back into character. A creative and very nice comic relief to start off the visuals with.

The video also saw Blaqbonez cut off his trademark dreadlock hairstyle onset, a sacrifice the rapper earlier revealed that he made for the cause of the album.

Blaqbonez has released three singles so far from the Sex > Love album and each one has topped the other. The new album is just only less than seven days away and we’re expecting to be treated to back to back great music.

You can watch Bling video by Blaqbonez featuring Amaarae and Buju below: -
https://www.youtube.com/watch?v=JJsCz_1ib30&feature=youtu.be