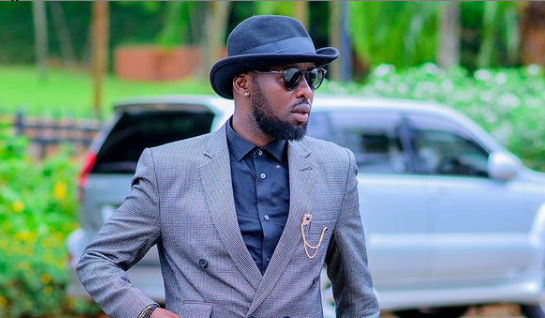 Ugandan artist Eddy Kenzo has revealed that he’ll honor music legend, the Late Philly Bongole Lutaaya in his upcoming album dubbed 'Made In Africa' set ot be released on April 30, 2021.

According to Kenzo, he has featured three legends including Philly Lutaaya. He further noted that the late Lutaaya’s family gave him the green light to do a cover of ‘Born in Africa’; one of the deceased’s all time classics.

"The late Philly Bongoley Lutaaya is a Ugandan legend who waved the flag so high in is time and still speaks to many even in his absence, he championed the fight against HIV/AIDS when he came out as the first Ugandan to go public with his positive HIV status. He was the best of his time and his legacy has lived with us up to date. We sat with my team and thought of redoing one is best classics Born In Africa with the aim of extending his art and legacy to a wider range of audience, the story and life of Philly Bongoley Lutaaya is one that must be known far and wide.

“We thank the Lutaaya family, Madam @Tezra Lutaaya and Mr Lenon Lutaaya for welcoming the idea and gave us the support we needed, your father is proud of you guys wherever he is watching us from. I thank the Big Talent Band and Jude Mugema for putting this song together and giving it the best live production," he posted on Facebook.

Other legends who are set to be featured on Kenzo’s album include; Monique Seka on Missounwa and Congolese artist Kanda Bongo Man who he says has been a great father figure in his career.