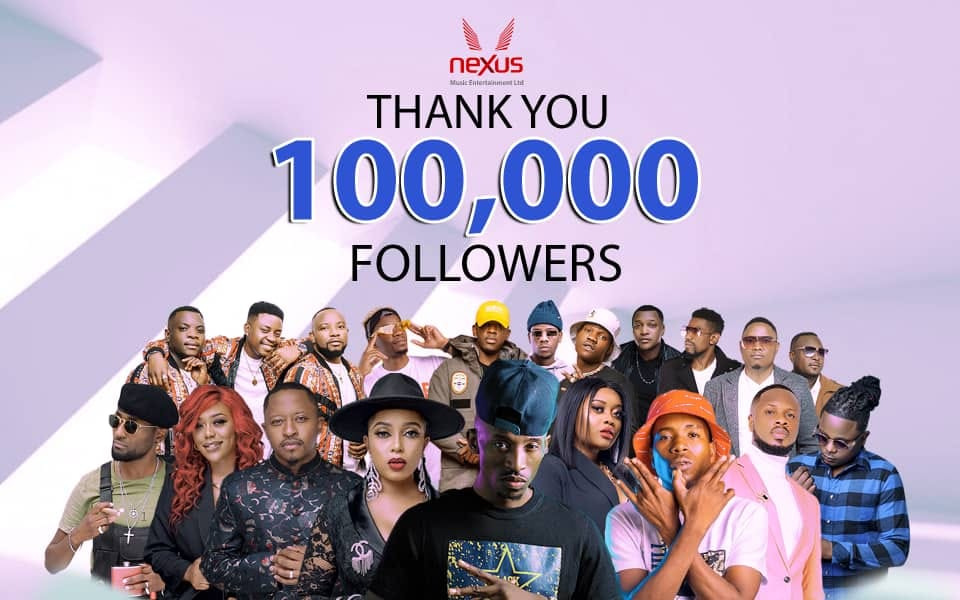 Nexus Music Entertainment is celebrating 100,000 followers on Facebook. Nexus Music is the new kid on the block taking Zambian music industry by storm by singing big names in the industry.

The label under the stewardship of KB Killa Beats, a reputable record producer acknowledged that they have made the milestones thanks to the unwavering support of their fans through the years.

In a thanksgiving message, the label stated that: “Thank you to you all for making us reach this wonderful milestone! 100,000 followers on Facebook!” Nexus is now looking at hitting the one million mark on Facebook as it continues giving good music. “Next up 1,000,000 followers! The Nexus Music Winning Team will continue to give you the very best of Zambian music and music videos!”

Some of the big names signed by Nexus include rapper Chef 187, upcoming female rapper Xaven, Chanda na Kay, Abel Chungu among others.

Xaven is currently riding high with her song “Undisputed” which is the first to be released under Nexus. Besides this song, she was also granted a full scholarship for her marketing degree by Nexus. This was also replicated for Kay of the musical duo Chanda na Kay who is pursuing a degree in Economics