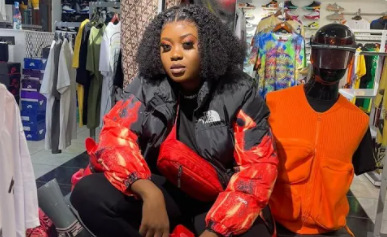 ‘Undisputed’ has earned her a lot of praise from fans thanks to its amazing quality, lyrics and well shot video.

Xaven enjoys a rare raping gift with her brazen but confident nature; she speaks of what is not spoken often or just said in hushed tones.

Since she released the song through Nexus Music Entertainment, fans have been spewing praises for her saying that the song was worth the long wait.

“My sister loves her I see why Xaven is an awesome artist she should do song with Towela,” Vivian Kaoma said.

“Undoubtedly the best ever female hip-hop track I have heard done by a Zambian,” Ngosa Muswalo remarked.

Samuel Mazuba added: “Female lyrical sensei, she's the realist I honestly didn't not expect this kind of a hit from her... well done Kopala queen.”

On YouTube, the song has been received well and currently has over 50,000 views, an indication that it is set to be a massive tune in Zambia.

Meanwhile, Xaven recently received a full scholarship from Nexus Music to pursue a Marketing degree as a way of ensuring she is equipped with other skills a part from music.