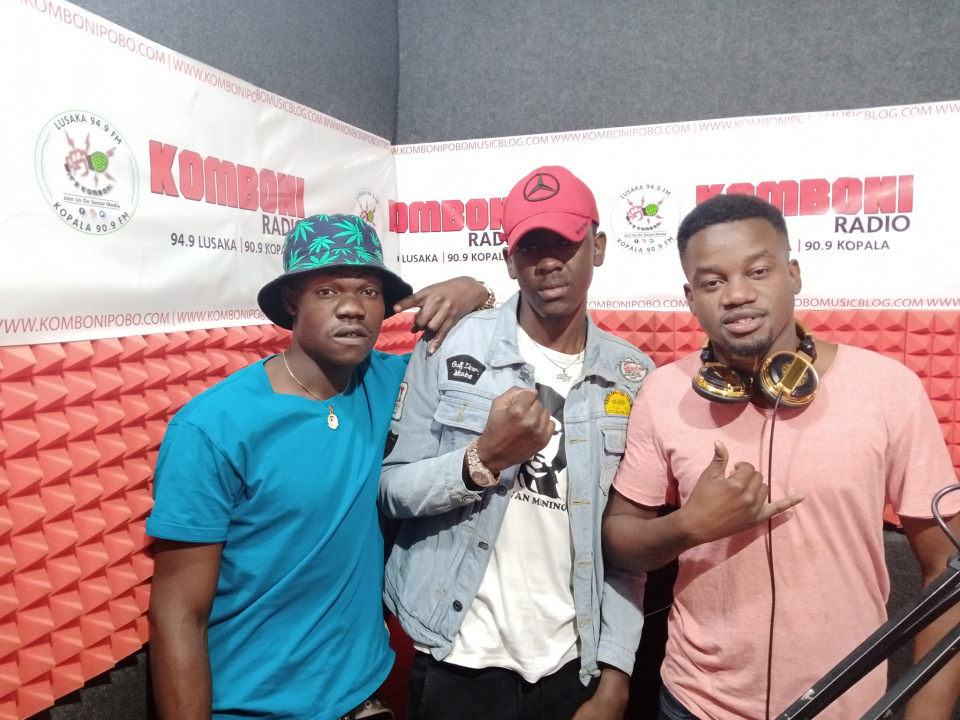 Last year, Kay enrolled for a degree in Economics at Cavendish University arguing that it is proper to have something concrete to fall back to in case things in the industry do not work out as expected.

The decision to enroll for the degree was hailed by many and now, Nexus has offered him a scholarship as well Rachel Mwewa alias Xaven who also followed Kay’s steps.

Xaven is a pursuing a degree in marketing at the University of Lusaka.

“In our quest to not only grow our artists in their crafts but in their academic pursuits, Nexus Music would like to present Rachel Mwewa (Xaven) as well as Kevin Simfukwe (Ap ani Kay of Chanda na Kay) full university scholarships that will cover all expenses associated with their studies until completion,” Nexus Music said in a statement. 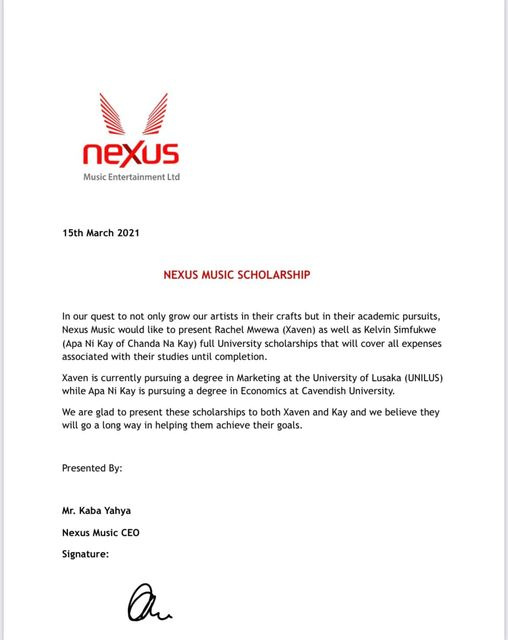 Nexus said it is their hope that the scholarships will help the artistes achieve their dreams in life.

It’s been a year since Chanda na Kay hit the limelight and they owe their success in music to themselves. The inseparable music duo said they worked hard and had favour from above which is what spurred them to fame.