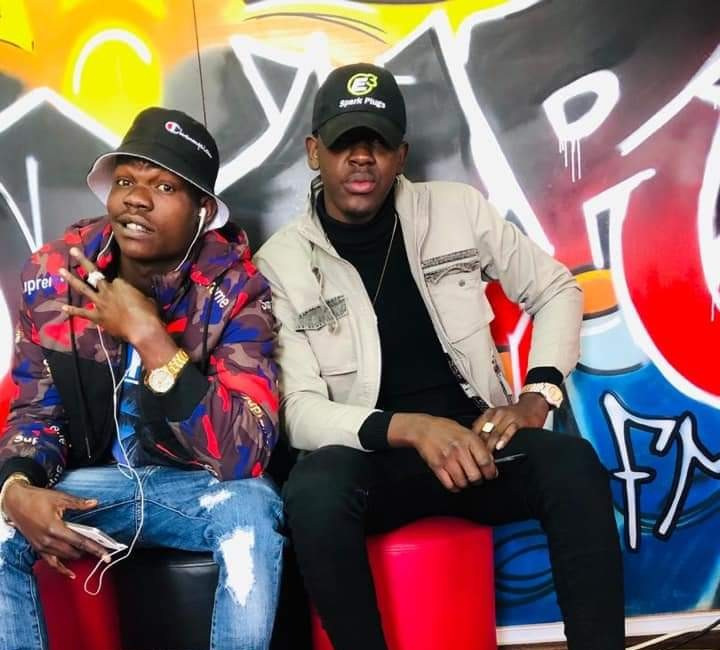 The duo signed with the recording label as well as Talktime Multimedia Corporation. With the new signing, this gives them a new push to take their music to the next level and beyond Zambian borders.

Nexus will now manage and distribute the duo’s music in the deal which involves five albums.

“Just one more signing to close the year! Aba nyoli nyoli also Known as Chanda na Kay have signed with us. The two young talented rappers based in Chimwemwe, Kitwe, Edward Chanda whose stage name is Ec Kopala real Rapper member of the Kopala Sounds team and Kelvin Simfukwe by the stage name of Chimwemwe Boy member of Celeb City will be managed and have their music distributed and marketed by Nexus Music Entertainment Ltd under a five album deal,” Nexus Music Entertainment posted on Facebook.

This new development comes as Chanda na Kay released their new club banger dubbed ‘Sema’ which is characteristic of their unrivalled musical energy.

‘Sema’ is a huge club banger and it comes at an opportune moment when the Christmas holidays have begun. Although no much of clubbing is going due to the COVID-19 pandemic, it is a big tune for the festivities.

As is with the duo’s other hits, ‘Sema’ is a wild and entertaining. DJ Momo who has been working with the duo for a long time was behind the song’s production with the help of Fracy beats. Chanda na Kay released ‘Sema’ a short while after 'Njebele Eeh'.