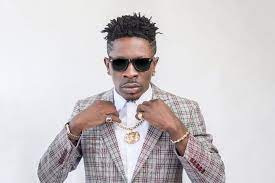 Charles Nii Amah Mensah Jr, popularly known as Shatta Wale; is known for interacting with his fans and the public in general on his social media platforms mainly Twitter. He has just announced his disappearance from social media.

Shatta wale who has a trend on his own Twitter titled; ‘Tuesday Market ‘created by himself . He use this as advertisements for products and businesses from his fans. He seems to be putting all that on to a stop as he hinted on going off social media for a while starting April 26th, 2021.

The ‘My Level’ hit maker has not disclosed his reasons for going off social media for a while but he stated he is embarking on the ‘journey’ due to some personal reasons.

Earlier in the days, the top dance hall artiste revealed good things taking place in his life. He expressed that the success in his music career and his businesses are because of his fans and favor from God.

Shatta wale is one of the very few Ghanaian artistes who don’t joke around with his fan base at all. He is the leader of the biggest fan base.