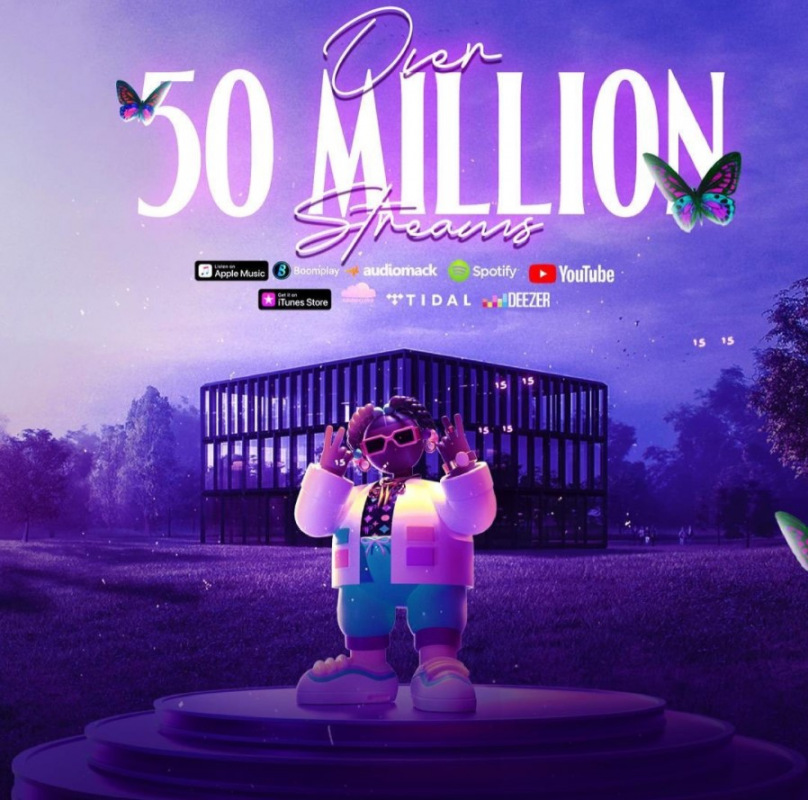 Teni’s debut album, Wondaland has just reached another milestone. In just one month of release, the project has reached as much as 50 million streams across all digital platforms. The Dr Dolor Entertainment singer announced this feat via her instagram page.

Released on the 19th of March 2021, the Wondaland album gained about 27 million streams in just the first week of release. The project has now gone on to double that figure in the first month.

It's no surprise that the album is doing numbers. Teni emerged in 2017 with Fargin, her debut single under Dr Dolor. She has since gone on to release a number of successful records hereby cemented her place as one of Nigeria's best.

The Wondaland album being her debut arrived just in time. Although fans had to wait for three plus years for a Teni album but it was well worth the wait.

Housing 16 tracks and a bonus to total number of tracks to 17, Wondaland showcases Teni’s versatility with genres on the project not just boxed to one. From afropop to highlife, house and emo-trap, listeners are sure to get their data’s worth of streaming at every listen.

Surprisingly, there are no features on the album except on track 2 where she linked up with her childhood friend and Nigerian superstar singer, Davido for one of the standout records on the album, For You.