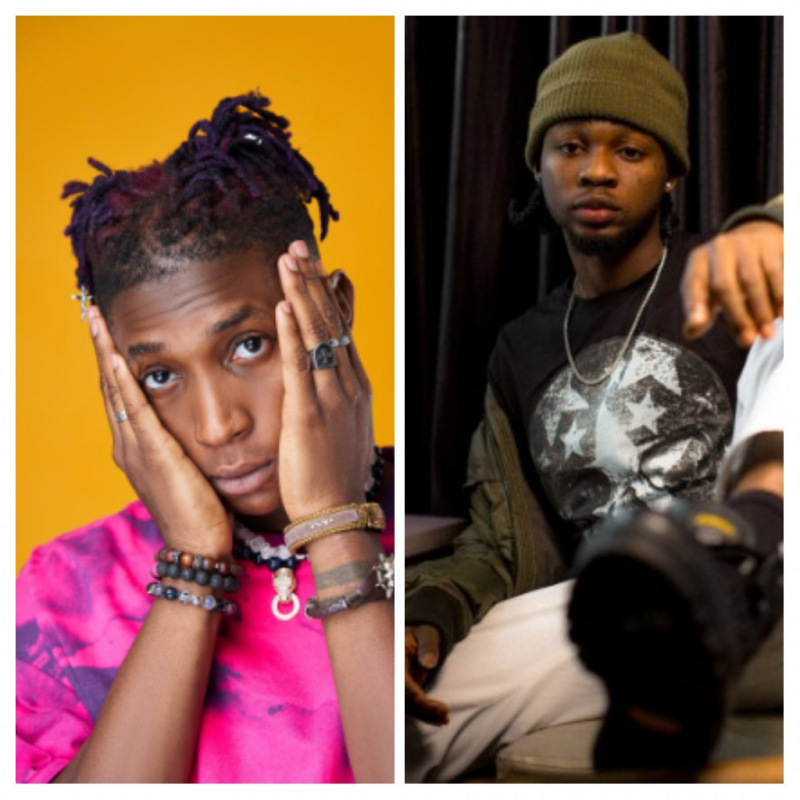 A collage of Bella Shmurda and Omah Lay. (Photo Source: Twitter handles of the singers)

2020 is a year that Nigerian music industry saw the rise to prominence of a number of new artists.

Two of the most-outstanding new faces that emerged in that year is Omah Lay and Bella Shmurda.

With both still young, they, alongside multiple other youthful musicians are considered the future of Naija music.

We take a look at how the two compare against each other in terms of social media following, projects released, awards and nominations among others.

Both Omah Lay and Bella Shmurda are yet to released their debut albums. Omah Lay however recently hinted that he is working on an album expected this year.

Bella Shmurda has one EP to his name 'High Tension' which he released in 2020 and it houses hit singles 'Vision' and 'Cash App' featuring Zlatan.

Omah Lay has already worked with Wizkid, Olamide and DJ Tunez while Bella Shmurda has been featured in Olamide's 'Carpe Diem' and Davido's 'A Better Time' albums.

Bella Shmurda joined Twitter in 2019 and currently has over 281k followers while Omah Lay has been on Twitter since 2013. His account with over 700k followers is verified.

On the other hand, Omah Lay won the 14th Headies Next Rated category as well as getting several nominations including for the All Africa Music Awards (AFRIMA).