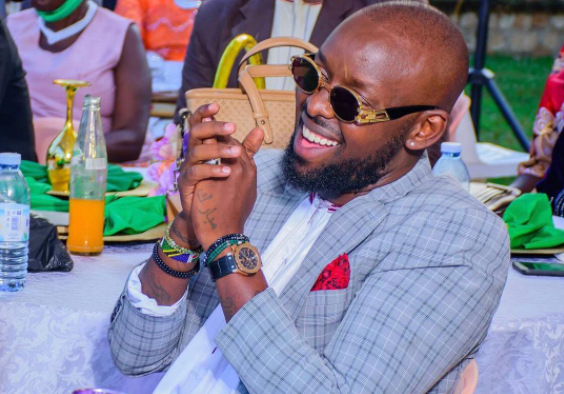 Ugandan artist Eddy Kenzo is undeniably one of the country's top musician thanks to his amazing talent and quality productions.

Over the years, Eddy Kenzo has been able to capture both the local and international attention and believes he was born to entertain.

"I keep scratching my brain because it is the only way I can entertain my fans because God created me to do this job," he said.

Eddy Kenzo is currently trending thanks to his latest jam dubbed 'Sango' featuring Martha Mukisa. Explaining how he came up with the title of the song, Eddy Kenzo said the pharase describes a unique dance that he featured in the video.

"Sango is just my dance. These words just come to me because I was born to entertain and I do everything to keep my fans glued," Eddy Kenzo told Spark TV.

During the interview, Eddy Kenzo opened up on his creative process noting that he spends sleepless nights planning how he can make life better for himself and his fans.

Eddy Kenzo is as good a dancer as an artist. He is one of the few musicians who have mastered the art of stage performances. This is evident from his music videos and concerts which are always attended by thousands of fans.