Karole Kasita Pleads with Ugandan Gov’t to Allow Artists on Stage, Not Give Them Money 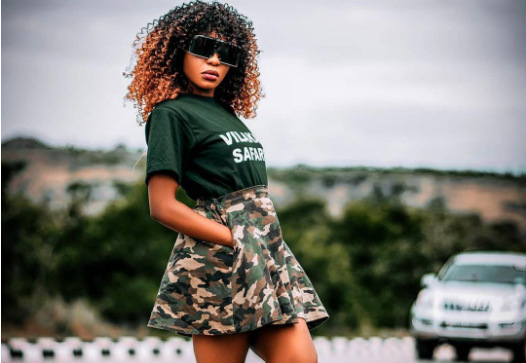 Fast-rising Ugandan artist Karole Kasita has appealed to the government to allow artists back on stage instead of giving them money.

The Ugandan music industry has been on lockdown for more than a year now, with the government banning concerts and public shows across the country.

Artists have suffered a great deal as most of them rely on revenue from shows. As a way of showing support to the artists, the government started a SACCO and invested UGX. 100 million that is given to artists inform of loans.

According to Karole Kasita, this money won't solve their problems as most artists have a lot of issues they need to take care of, and can’t keep relying on the government for support.

"100 million is not bad money, we appreciate this but it can't serve all artists in the country. We are very many and that money will be done in a short time because we have a lot to do," she said.

She argues that the best way forward is for the government to allow them back on stage so that they can make their own money.

"I think it is best they look at us getting back on stage rather than to feed us with that amount of money. The SACCO is about saving but how will we achieve this without working?

"It is better we get back to business than treating us like destitute. Our job is to sing, and their job is to finance. They should open the shows and allow us to work for our own money," she said.