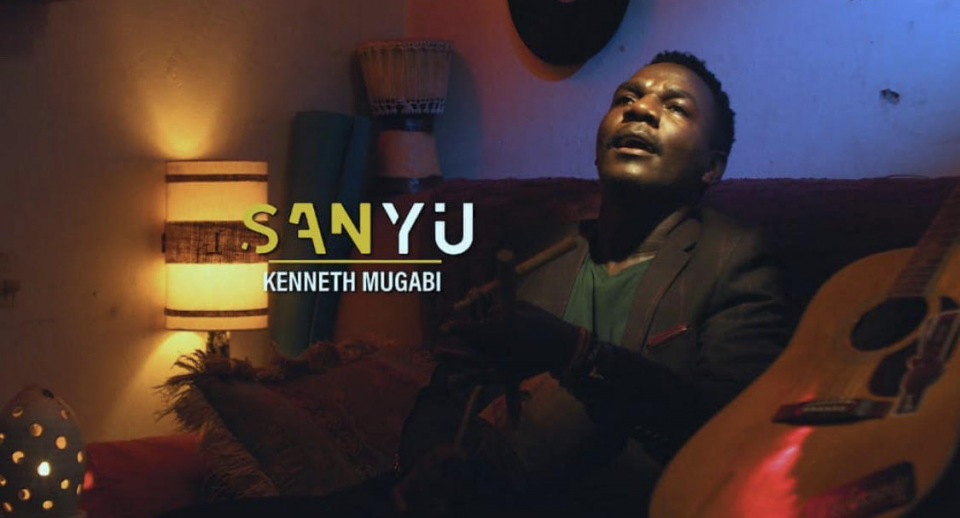 Uganda's super talented Afro Soul artist Kenneth Mugabi has finally dropped the much anticipated music video for his song 'Sanyu' after teasing fans for some time.

In 'Sanyu' (loosely translated from Luganda to mean 'happiness') Kenneth Mugabi rains praises on his woman who he describes as extremely beautiful.

We see Kenneth Mugabi go back to his roots when he uses both the guitar and the popular a'dungu Instrument, a stringed musical instrument of the Alur people of northwestern Uganda. It is an arched harp of varying dimensions, ranging from seven to ten strings or more.

'Sanyu' is also the official soundtrack of the new TV series 'Sanyu Series' which airs on Pearl Magic. This is partly the reason as to why the video was delayed because it had to be uploaded on Vevo first.

The video was directed by Adnan Ssenkuba with Denis Kakumba as the director of Photography and we see different clips from the drama.

The sweet melodies, guitars, harmonies, rhythm and soft lyrics will make you fall in love with his music.