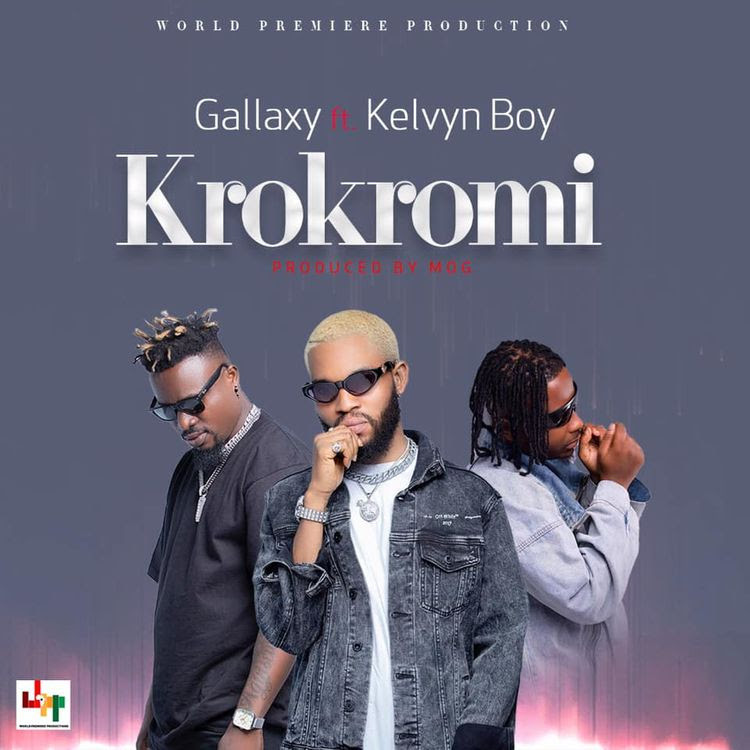 Ghanaian Afrobeat and hiplife duo, Gallaxy have made a grand comeback, with a new song titled ‘Krokromi’ that features Kelvyn Boy.
The budding Ghanaian duo, which hails from Ashaiman is made up of Randsford Ohene (Bra Chiky) and David Adjeiwoda (Kwesi Dav). Their new song that they have recently released marks their comeback after being off the music platforms for a sometime.
Their new song “Krokromi” is yet another potential hit record in which a Ghanaian afrobeat sensation and “Mea” hitmaker, Kelvyn Boy has been featured.
The banging tune that was released yesterday on the 22nd, March 2021 was produced by MOG under World Premiere Productions.

The “Woti Ate” hitmakers have blessed our playlist with this melodious tune tagged “KROKROMI” which fans have declared a certified hit for the year.
Gallaxy has hit songs like; Dab, Gborgborvor featuring Stonebwoy, Bokor Bokor, Twea, Papabi, Wodo Nti, Woti Ate, and many others.

They have received several nominations such as the Best Group in the maiden edition of the Ghana Entertainment Awards USA together with R2Bees, Keche and VVIP.

The new song is anticipated to be a hit song as it has already gotten over 1000 views and counting in the past 12 hours
Watch the full song and video on Youtube
https://www.youtube.com/watch?v=kHqvIhNWjM8