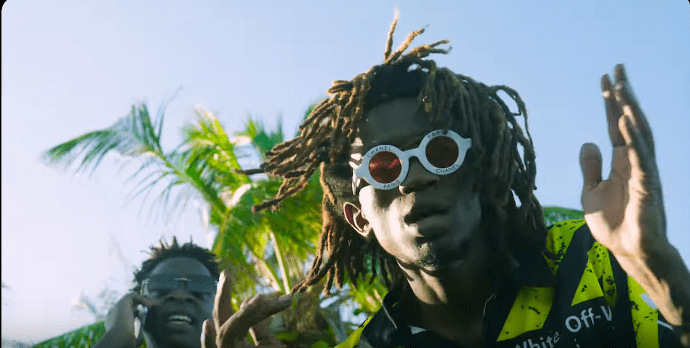 ‘Maloan’ is an upbeat Gengetone jam that addresses a popular Kenyan culture of borrowing loans in order to cover daily expenditure. Unfortunately, there are many instances that people misuse ‘loans’ as they try create a perception that they are wealthy by living large on loan money.
In a true Gengetone fashion, the visuals are set on the streets with both Arrif and Exray dancing to the new jam.

The song was produced by Original Addi with Jamie Rylo directing the visuals. On the other hand, Rwangecii did the color correction for the video.
‘Maloan’ has been received well by fans and already has over 3,000 views on YouTube in the first few hours.

Meanwhile, ‘Sticky’ which was released a few days ago by Madoxx Mkuruweng who is also a member of the Boondocks Gang is still doing well on YouTube.
‘Sticky is also an upbeat Gengetone jam that celebrates beautiful women who like to have a good time and live an enjoyable life.

The jam paid an ode to the African culture by showcasing several scenes of the background layered in ‘kitenge’ fabric and Madoxx and the video vixen dressed in animal print clothes.
The visuals also featured a guest appearance from the last member of the Boondocks Gang who is known as Odi wa Murang’a.

‘Sticky’ has been receiving positive reviews and currently has over 10,000 views on YouTube.