Exodus Reveals Inspiration Behind ‘Give me Love’ Video Featuring Levixone 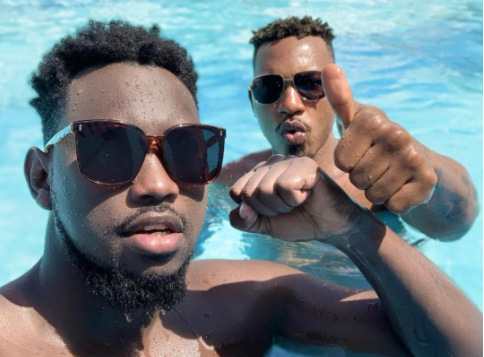 Top Ugandan gospel artists; Exodus and Levixone have explained the main inspiration behind their trending collaboration titled 'Give Me love' that was released in November 2020.

Speaking during a recent interview, Exodus noted that the song was inspired by the need to preach peace, love and tolerance as the country prepared for a General Election in January, 2021.

"As Christians, we have a mandate to spread love. You all know the elections come with sensitivity and Ugandans who love their country especially those with names are obligated to spread this message. Because all these will go away and the country will still stand," Exodus said.

‘Give Me Love’ addresses police brutality and the importance of living together as one people.

The audio dropped shortly after the riot which got Ugandan police under the spotlight for attacking opposition supporters following the arrest of NUP presidential candidate Bobi Wine.

Read Also: Exodus: I Can Take a Bullet for Levixone

The audio was produced by award-winning producer Nessim Pan Production and the visuals were shot and directed by Jah Live.

The song went viral across Uganda and has been nominated nominated for; the Best Inspirational Gospel Song (East Africa) and Best Choreographed 2021 Gospel Music Video categories in the 2021 Rhema East Africa Awards.