Exodus: I Can Take a Bullet for Levixone 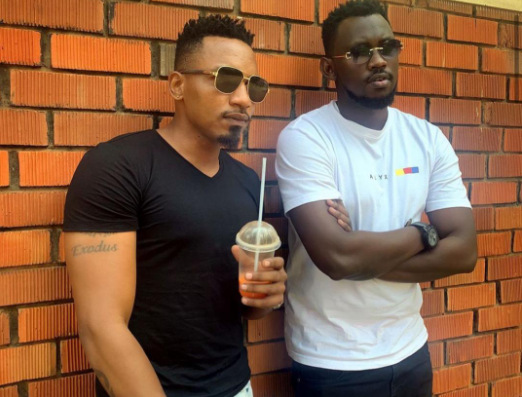 Ugandan gospel star, Exodus has opened up on his undying love for his 'brother' and fellow gospel artist Levixone, stating that he can take a bullet for him.

Speaking during an interview with NBS Uncut, the 'Ganja Man' hit maker noted that he can do anything for Levixone in appreciation for all the love and support he gave him when he was at the lowest point of his career.

"Levixone is the kind of person I can take a bullet for because I know he loves me the same way. I was at a point in my life where everyone had abandoned me because of the situation I was going through. But he was there with me and reminded me of what we were supposed to do. We have come from so far not musically only," Exodus said.

Exodus is one of the biggest forces in the gospel industry of our generation. He has done a great job in promoting this genre and believes Levixone has also been instrumental in the same course.

On his part, Levixone hailed  Exodus for making the gospel music popular and not giving up.

"Exodus never changed or stopped preaching the gospel. This motivates me to keep working and I appreciate him for giving me an opportunity of working with him," Levixone said.