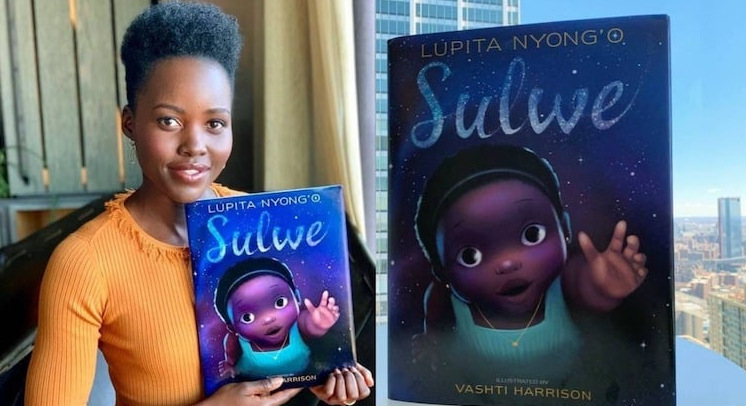 [Photo Credit: This is Africa]

Celebrated actress Lupita Nyong’o has announced that her book ‘Sulwe’ is set to be adapted into an animated musical feature for Netflix.

Taking to social media to announce the exciting news, Lupita thanked ‘Sulwe’ readers and added that she was thrilled to embark on this new journey.

“Sulwe is going to be an animated movie!! Thank you to the readers of all ages who have joined #Sulwe on her starry ride. I’m so excited for this next adventure on @Netflix! Dizzy symbol #BrightnessIsJustWhoYouAre,”she tweeted.

‘Sulwe’ which was originally written in English addresses prevalent issues in our society on colorism and self-esteem.

Last year, the book was also translated into Swahili and Dholuo. The fiction story is about a young Kenyan girl called Sulwe who yearns for her dark skin to be lighter. She later changes her perspective after being visited by a shooting star. This event is what opens her eyes to her own beauty.

'Sulwe' is not her first major global accomplishment, Lupita has coveted awards such as a SAG Award, NAACP Image Award and an Oscar just to mention a few.

Through her actions and accomplishments, Lupita continues to be an inspiration through her achievements and projects for black people in the world. ‘Sulwe’ is yet another example of her effort to keep bringing happiness and progress to the world.