Navio Teams Up with Shena Skiez in New Song 'Rare' 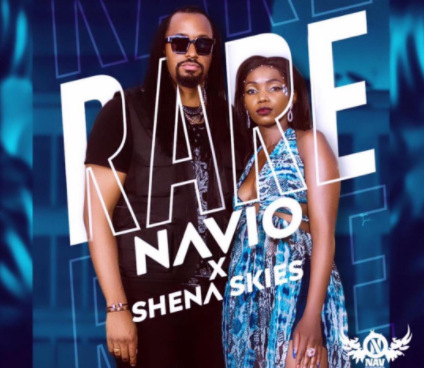 Top Ugandan rapper Navio has teamed up with Shena Skiez on a new song dubbed 'Rare'.

In ‘Rare’, Navio expresses his feelings towards Shena Skies and narrates how amazing she makes him feel.

In ‘Rare’, we see a different side of Navio as he clearly brings out the vocals while singing through the first verse.

The audio was produced at Icon Studios and is already receiving rave reviews on YouTube.

The video is expected to be released later.

Navio had an amazing year in 2020 with the release of his studio album 'Strength in Numbers'.

The album has 15 tracks and it features both local and international artists like Daddy Andre, Vannessa Mdee, Seyi Sheyi, The Mith, Flex D'Paper, King Saha among others.

‘Strength in Numbers’ was produced by some of the best producers in the game like; Nessim, Samurae, Izaya, Anthony Sewabuga, Charmant Mushaga, Mohammed Conta, Ellputo, Mike Yangstar, among others.

Onher part, Shena Skies is a Ugandan singer/Deejay/Songwriter who identifies as a Singjay; a fusion of singing and deejaying.