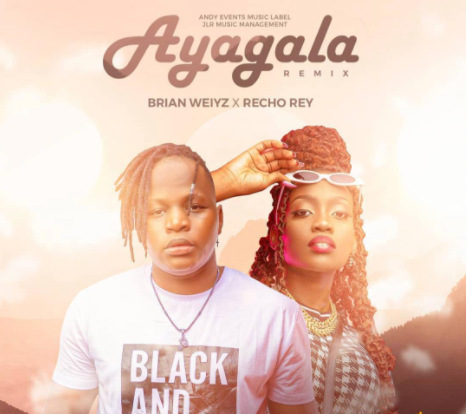 Ugandan rapper Recho Rey has teamed up with Brian Weiyz to do a remix of his song 'Ayagala'.

In 'Ayagala', (loosely translated from Luganda to mean 'She wants'), Brian Weiyz sings about the woman in his life that is indecisive. She can't make a choice about what she wants.

Recho Rey comes through as she sets the record straight on what she wants Brian to do in order to win her over.

The 'Ayagala' remix was produced by Zulitums and Artin Pro. The original version of 'Ayagala' first dropped in 2019 and was massively welcomed by fans.

It became a club anthem and dominated music charts and airwaves in the country. The remix is aimed at reviving the hype around the song.

Brian Weiyz is signed under one of the best record labels in Uganda; Andy Events who was formerly managing the B2C Entertainment trio.

He is known for songs like Updated, Gutte among others. Recho Rey on the other hand is having a great start in the New Year with her hit single ‘Imagine Uganda’ released two weeks ago.