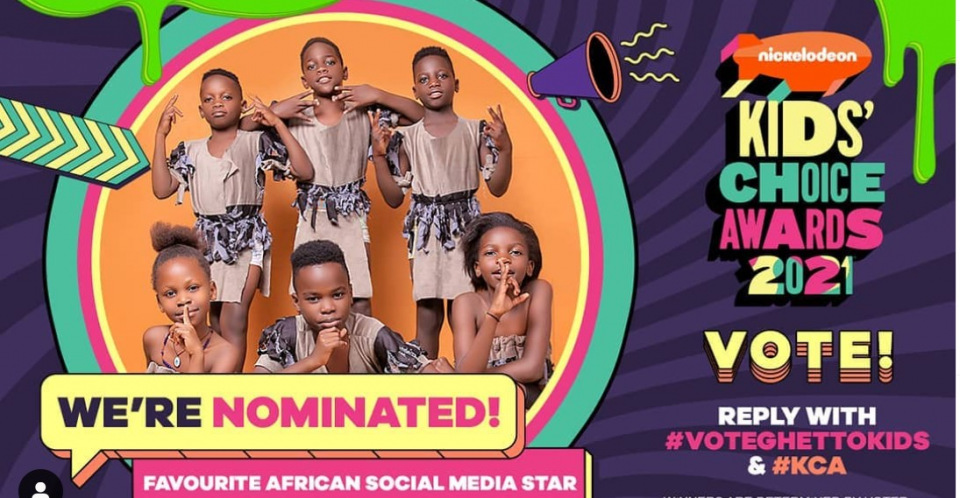 Nominated under the category of Favorite African Social Media star, the kids took to their social media pages to celebrate their international nomination and also rally fans to help vote and bring the award home.

"Yes! We've Been Nominated For a Nickelodeon Kids Choice Awards as "Favorite African Social Media Star " Here's How to Vote:" At kca.nickelodeon.tv ,"  they posted.

The Triplet Ghetto Kids become the third Ugandans to be nominated in these awards after popular comedian Anne Kansiime and artist Eddy Kenzo.

The Big Talent boss emerged the winner in the 2018 awards after beating Tanzania's Diamond Platnumz and Nigeria's Davido and Emmanuella.

The Triplet Ghetto Kids rose to fame in 2014, causing a buzz with their viral video dancing to Eddy Kenzo's Sitya Loss'. To date, the video has been watched by over 25 million people on YouTube.

They have also taken part in many dance challenges on social media, receiving praise from top artists like Janet Jackson, Diamond Platnumz and Rayvanny.

Despite comments from fans in the diaspora urging the kids to dress in proper clothes, they have maintained their dressing arguing that it defines who they are.