Medikal Talks about His Marriage with Fella 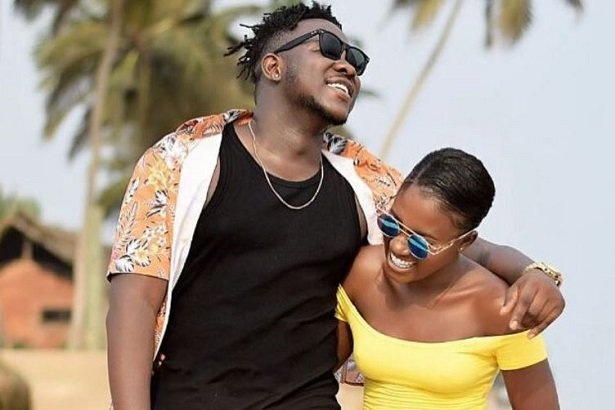 Ghanaian rapper, Medikal has publicly opened up about what has kept his marriage to Fella Makafui who he officially took to the altar to make her his wife.
A few months after marriage, they welcomed their first daughter Island Frimpong whom unlike other celebrities, have kept away from the social media and from the public for their own personal reasons.
Award winning rapper of May 2020 revealed the secret by saying; ‘lovemaking’ has created a bond between him and his wife. “We have sex a lot, we have a lot of conversations, we make noise together, we do businesses together and buy a lot of things. We are both sex addicts, I love it and she loves it too.” He stated.

Also Read: Okese1 Speaks About Medikal Making Him Popular by Convincing Him to Venture into Music

In an interview with Zylofon FM hosted by Sammy Flex, monitored by Ghana Web, Medikal revealed that his greatest fear in marriage will be to lose his wife, Fella Makafui now Mrs. Precious Frimpong.

“I never want to lose my wife... I don’t want to lose her to anything. I am willing to remain like this,” he said.

A relationship that many termed as "short-term" due to drama and controversies that surrounded it turned out to be one of the inspiring love stories in the entertainment industry.