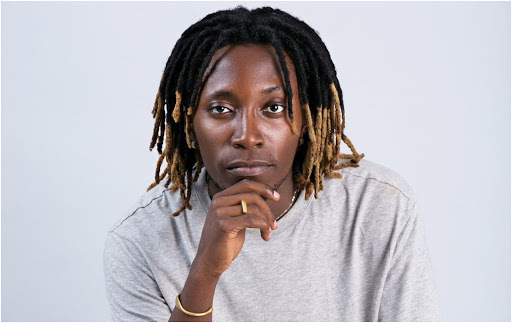 Once in a while, a star emerges and he or she is able to define a generation, a century, or even a decade. The early 2000s were ruled by a young chilled out man named E-sir. His music catalog created a sound that defined a decade, and two decades later, you can still hear musical references from his discography in most of the jams that we vibe to today.

A new decade has started and a new star has also been born and he is making everyone turn around and pay attention. He is the kind of star that defines a decade, his name is Bensoul.

Older people, young people, church people, secular lovers Bensoul is catering to everyone. Think of ‘Niombee’ and ‘Elshadai’ to ‘Nairobi’ and ‘Lucy’ to Odi generation’s favorite ‘Peddi',  Bensoul has mastered the art of touching souls' with his talent. But wait a minute, who really is Bensoul?

Bensoul was born in Embu and raised in a slum called Dallas. He comes from a family of three which includes him, his big sister Lucy and his mum. The dad left the family after the mother refused to convert to Islam, which left the responsibility of raising Bensoul to his older sister.

After dropping out of campus, Bensoul one day attended Power254 where he met H_art the Band. The group turned out to be the key to his musical takeoff and growth.

He later met Sauti Sol through H_art the Band. Sauti Sol members were impressed by his talent, which culminated to him joining Sol Generation records.

Everything has not been flowers and roses for this young star. He describes his lowest moment as the time he contracted Tuberculosis. “Niliamka, nikakohoa for like a whole month, nashangaa ni nini shida, nikaenda nikapima kwanza AIDS, ju nilikuwa na symptoms zote. Nikaenda nikapima Ukimwi nikapata sina.” he said.

His older sister advised him to go back home to their mother and he was later diagnosed with Tuberculosis.

“I nearly gave up on music, nilikuwa like kama siwezi imba na kuandika siwezi elezea mtu ni nini nimemuandikia ju ni mimi mwenyewe naiunderstand kwa kichwa yangu, hakuna haja ya kufanya hii muziki. I might as well go back to civil engineering,” he said adding that during this period, he woke up one night and gave away all his good songs.

It is at this point that he wrote ‘El Shaddai’ which ended up being a massive tune for H_art the Band.

Currently, his latest jam ‘Nairobi’ is ruling the airwaves with over 2.3 million views in just two weeks after trending at number one on YouTube for over a week.

His tremendous talent and amazing song writing skills have made him King of Love songs in Kenya. Last year, he took the airwaves by storm thanks to his Qwarantunes EP.

From Bensoul’s story, we draw the important lesson of perseverance and pushing even when at our lowest moments.  Challenges are meant to test us, and if we overcome them, then we are destined for greatness.

In conclusion, Bensoul’s life is best summarized in Bien’s words, “He is a miracle child. He is a child of his time.  Bensoul is actually going to be the biggest artist in Africa. I believe it 100%.”