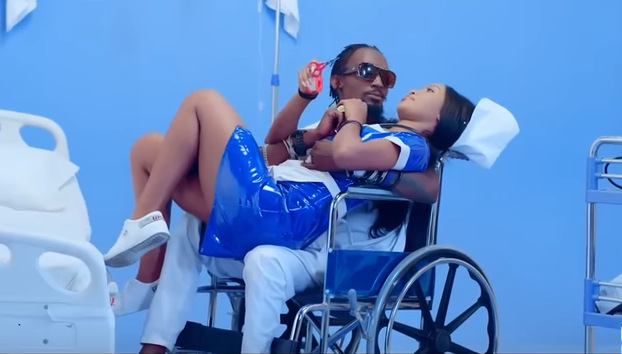 On January 25, 2021, the entire nation joined together to celebrate the birthday of late Ugandan music legend Radio Mowzey who would have turned 36 years.

Different artists from across Africa came together under the hastag #RadioMoment and recorded videos singing to Radio's songs.

Among the many artists who had something to say about the late Radio was fellow singer, Spice Diana who always held him in high regard because of his enormous talent.

Shortly before he died, they had collaborated on a song dubbed ‘Kyuuma'.

Speaking during a recent interview, Spice Diana recounted one of the best moments she had with Radio, noting that it was on her graduation day in 2017, where they threw her a surprise party organized by her manager at Calendar Hotel.

Read Also: Spice Diana Revisits Her Tough Music Journey as She Celebrates 6 Years in the Industry

"We had a hearty long conversation with Radio that day. We hadn't known each other for a long time but we bonded so much that day. We had a lot of fun and did many things that day and I shared some of the best videos on social media," Spice Diana said.

She called upon Ugandans to play Radio and Weasel songs this week.

Spice Diana said she will be buying a big birthday gift and deliver it to Radio's mother Jane Kasuubo in celebration of the legend’s life.