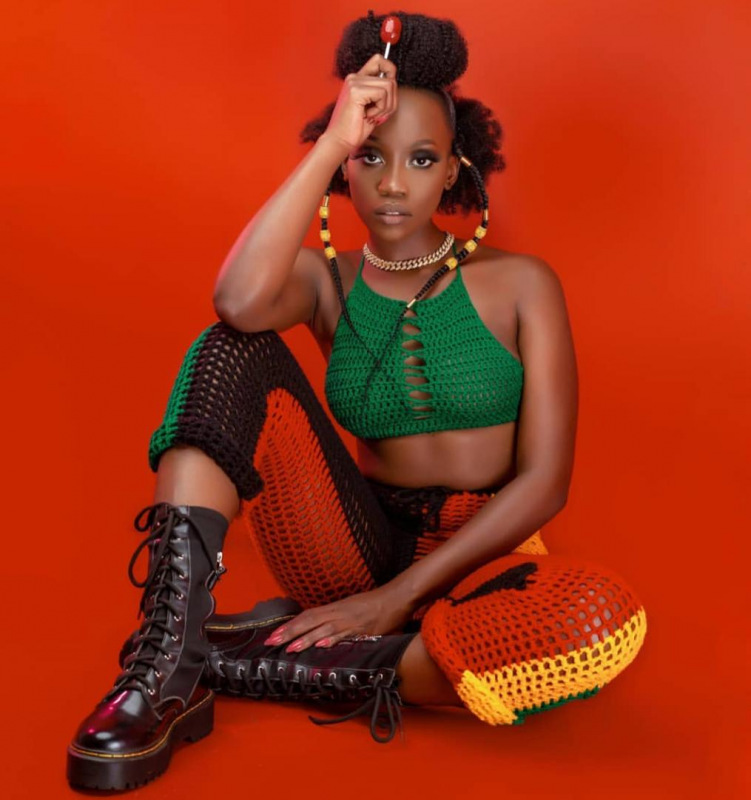 Quite different from the songs she has been releasing, 'Imagine Uganda' is more of Hip-hop jam without danceable beats.

The audio opens up with the Ugandan anthem as she imagines the best side of Uganda.

Among the things she wishes the nation to have is a better economy, no monopoly, working together as a family, a country with no corruption, no hatred, a clean city, no diseases among other.

She urges Ugandans to remain united and worl hard for the good of the country. She also condemns the influence of the Western world on Uganda as a country.

The audio was produced by St. Andrew Dking under her new management JR Music Entertainment, while the visualizer was done by Nersky.

Recho Rey came to the limelight during Feffe Bussi's 'Who is Who' challenge that trended nationwide.

Speaking at a past interview, Recho Rey revealed that she wrote her lyrics for the challenge in only 30 minutes. She has since released a number of songs like; 'Guma Bakunyige', 'Cheating', 'Bwogaana' ft. Winnie Nwagi, Respect among others.