Victory is Ours!! - Skales Celebrates 7 Years With OHK Entertainment 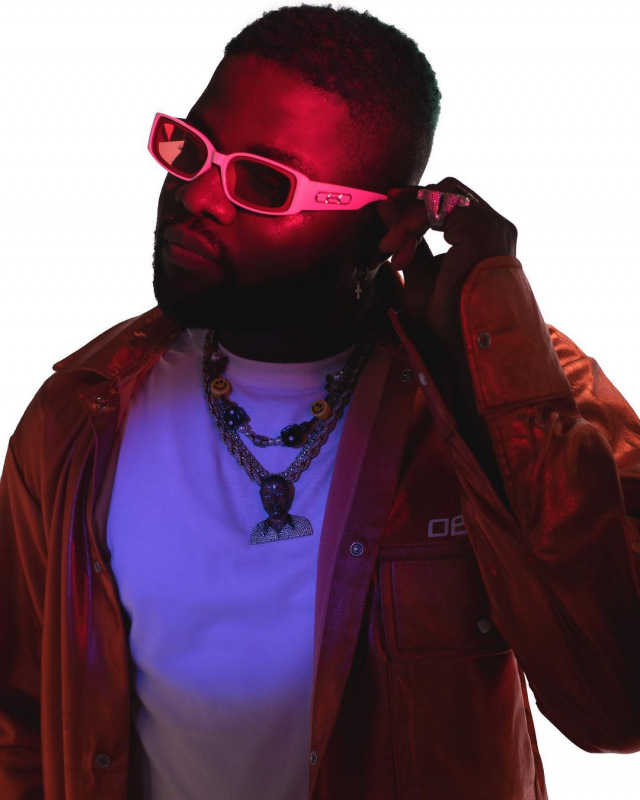 Nigerian hip-hop rap artist, songwriter and performer, Raoul John Njeng-Njeng, popularly known as Skales has shared his experience through the conception to the reality of his record label OHK Entertainment.
Taking to his Instagram page, Skales took time to reminisce the journey that has been. He said,
"Fun facts!! Same time 7 years ago I started the independent idea of OHK Ent … hit up @mrphisha for that logo you see up there … @iamtheosagie came through with the organization .. dropped my first EP under my label last year & this year 2021 I’m putting out my 4th album in my career & 1st album under my label it’s been very challenging funding myself but the team & YOU make it all worth it … Victory is Ours !! Going to church to pray & thank God !! Ees OHK"
As one of the richest and most influential musicians in Nigeria with an estimated net worth of over $3 million, Skales has managed to maintain his unique sound and touch with fans from the songs and albums released and most importantly the collaborations he has done. 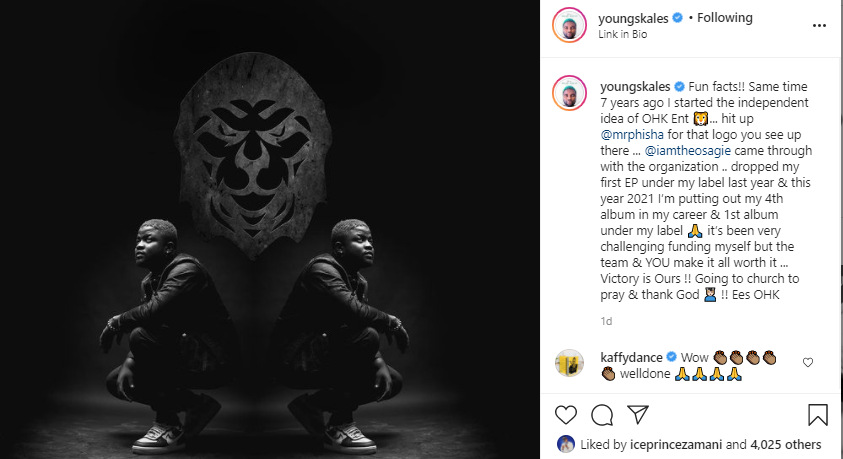 In anticipation to the album to be released, a reminder that the previous three albums were a success. The first album Skales released was titled "Man of the Year" under the Baseline Entertainment in 2015. In the 22 track album, Skales featured best in Nigeria including Burna Boy, Davido, Reekado Banks, Phyno, Olamide, Ice Prince, Victoria Kimani, Rotimi, Attitude and others.
The Never Say Never Guy was the second in 2017 and My Love in 2018.