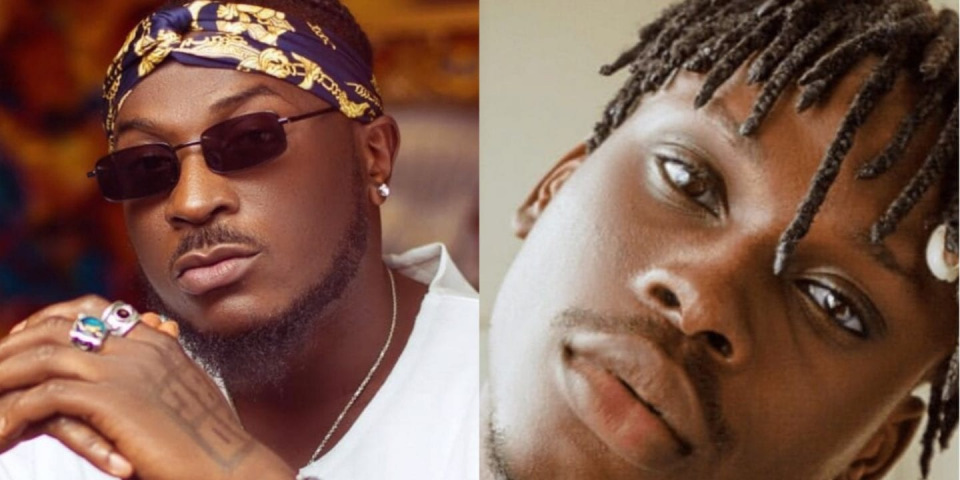 As his fans continue to anticipate the release of his album 'Rum and Boogie', DMW singer Peruzzi has released an official music video for the hit single 'Southy Love'.

'Southy Love' in which Peruzzi teamed up with Fireboy DML is a song housed in the upcoming album.

Produced by P.Prime, the song's video was directed by Mr Layii.

The video was released early on January 18 and is a captivating one.

It begins with what looks like Fireboy DML dreaming about this girl that he is kissing and when he wakes up, he calls her, expressing his desire to see her.

As the title suggests, 'Southy Love' is a love song delivered in a sound that beautifully blends Afrobeats, R&B as well as Amapiano.

This is the second music video that Peruzzi has released for a single off the 'Rum and Boogie' album.

It follows up on the visuals for 'Isolova' that were released late in 2020.

Peruzzi, also known as huncho vibes had been expected to release the album before the end of 2020 but it never happened.

The album houses 15 tracks and features a number of top Nigerian artists among them Davido, Tiwa Savage, Phyno, Patoranking, Wande Coal and Teni.

It still remains unclear on when Peruzzi will be dropping the 'Rum and Boogie' album.