Victoria Kimani ‘Disowns’ Kenya Due to Lack of Support 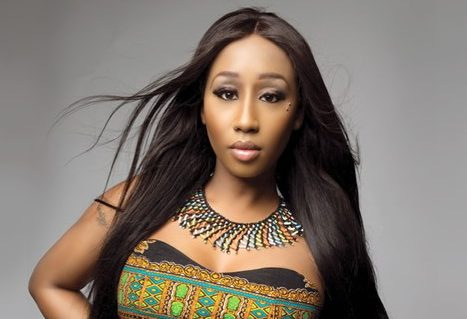 In a tirade of tweets, the beautiful Kimani expressed that Kenyans would never ever cease to amaze her in every possible way. She followed that by asking Kenyans what part of supporting their own artists they didn’t actually understand adding that she now identified as a Ghanaian, from the Ashanti region.

Victoria’s message was received well by her Ghanaians fans on Twitter who supported her decision and gave her a tribe. 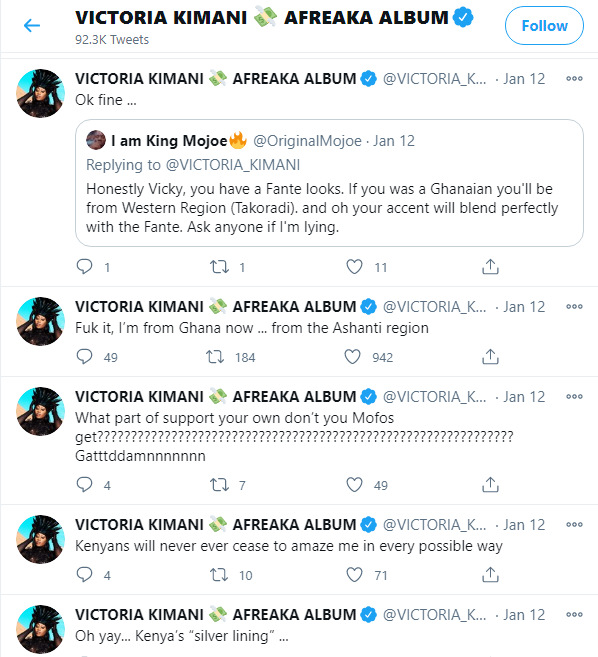 One of her fans posted his support explaining to her that she actually has Fante looks from Ghana to which she retweeted and agreed.

“Honestly Vicky, you have a Fante looks. If you were a Ghanaian you'll be from Western Region (Takoradi). and oh your accent will blend perfectly with the Fante. Ask anyone if I'm lying.”

Victoria also reposted another Twitter message from the official handle of BBC News Africa which had reported on the backlash that was caused by the appointment of Naomi Campbell as Kenya’s Tourism ambassador. 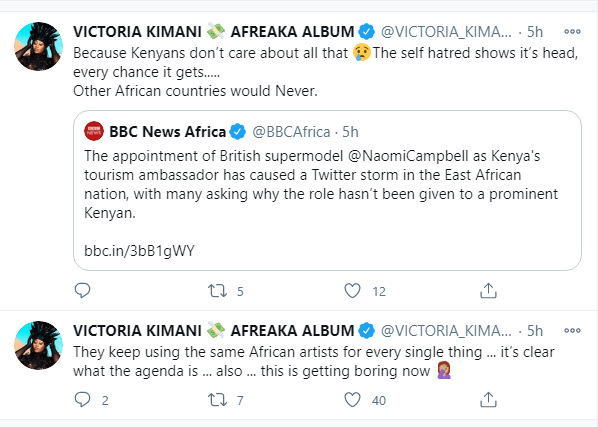