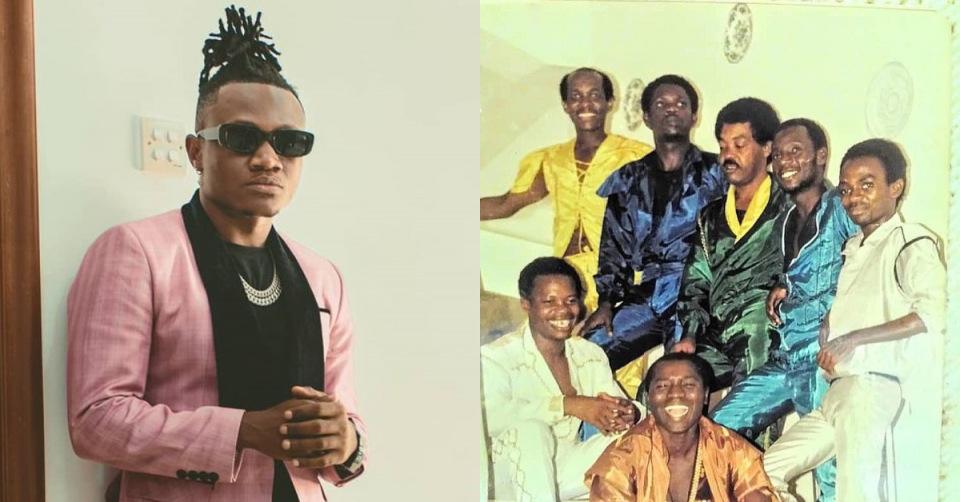 Tanzanian star Mbosso is among the many artists in Tanzania slated to drop new albums this year.

As anticipation for this new album rises, Mbosso has announced that he’ll feature the legendary Kilimanjaro Band famed for their hit song “Njenje”.

Taking to his Instagram stories, Mbosso shared videos of their studio sessions with the band members.

“My first album, King Khan and Njenje…,” he captioned one of the videos.

Kilimanjaro band boast of being in the Tanzanian music scene for over 30 years. The band is well known for its Mduara (circle) dancing style, very common to many ethnic groups in Tanzania and around Africa.

Read Also: Mbosso Explains Why He has Few Collabos, Opens up on Future Projects

Though Mduara is not common now, it is among the many styles of music that put Tanzania on the world map.

New age artists like Mbosso and his boss Diamond Platnumz are creating a new blend in between generations through such collaborations.

Meanwhile, the upcoming album will be Mbosso’s first since he joined the music industry.

Other Bongo artistes who are also expected to release new albums include; Harmonize, Diamond Platnumz, Ibraah and Rayvanny.