Why 2021 is a Make or Break Year for Sailors Group 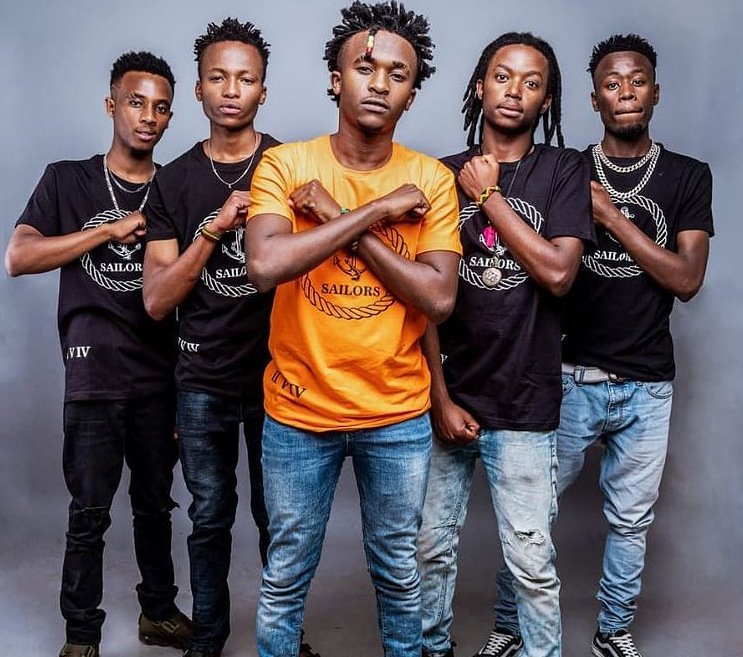 The year 2019, defined the rise of the Kenyan Gengetone genre. The first viral song in 2018 dubbed ‘Lamba Lolo’ by Ethic had paved the way and left an audience full of thirst for the new fresh sound.

Sailors group came in at the perfect time and released their hit song ‘Wamlambez’ in April 2019. ‘Wamlambez’ became an anthem and propelled the group to the mainstream level. The followed it with other hits like; Queen B, Wainame, Ni Tekenye, Wakiritho among others that did equally well.

However, 2020 presented challenges that threatened to destroy the brand which they had built the previous year. While Covid-19 affected the entire music industry and the entire country at large, Sailors had to deal with additional challenges including a huge drop in the number of views for their new music videos on their official YouTube Channel.

At some point in 2020, the members allegedly sought new management behind the back of their old management, creating wrangles after the old management withheld the passwords for their social media handles.

Their ugly beef which played out in public with Kenyan top radio presenter Mwalimu Rachael who doubled as their old manager further destroyed their image.

The Kenyan music industry is extremely volatile. In this industry, you are as relevant as your last hit. Lack of consistency and silence presents a high risk of going extinct.

The rise of new Gengetone artists in the genre does not ease the situation either. Every day, we get to listen to a new jam which is probably better than what we listened to the previous day. We also get to meet new groups and solo artists who are keen to leave a mark and thus push themselves really hard blessing with amazing jams. This means that an artist or a group that goes under for months is likely to be easily forgotten.

In view of the above, Sailors need to reorganize, revamp, and prepare for a massive comeback in 2021, failure to which they risk having bad performances and in the worst case losing some members who may opt to try their hand at a solo career.