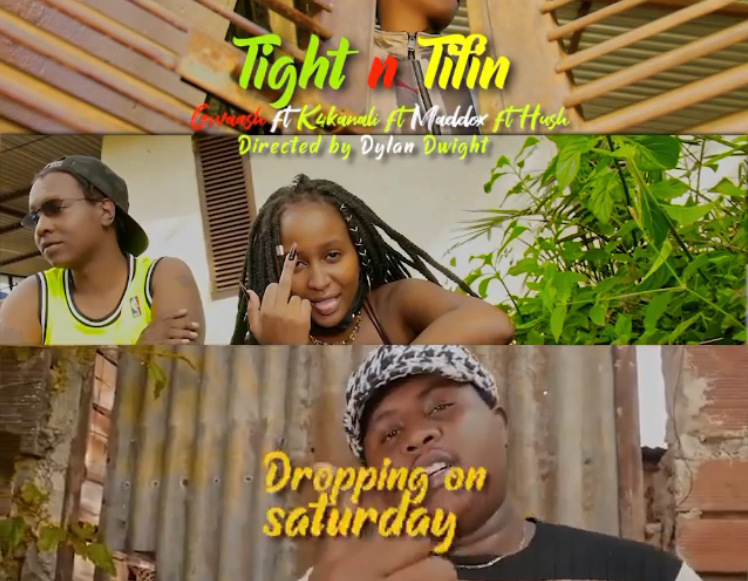 ‘Tight n Tifin’ is Sheng and Swahili jam that talks about how things are ‘tight n tiffin’. Gwaash says that the weekend was ‘tight n tiffin’ to mean it was good, or how his looks are on point.

The audio was produced by Siren on the Beat with Dylan Dwish shooting and directing the visuals.

The hit has an upbeat instrumental and great lyricsm delivered by all the artists. ‘Tight n Tifin’ is already doing well and already has over 15,000 views in just a day.

Gwaash took to Instagram to announce the premiere and also shared that as soon as ‘Tight n Tifin’ hit over 200,000 views on YouTube he would release another jam featuring veteran artist Mejja and K4Kanali.

Meanwhile, two days ago Odi wa Murang’a who is also a member of the Boondocks Gang was featured in a jam dubbed ‘Uliskia Wapi’ by Kilundeezy. The jam has been received well by fans and already has over 9,000 views.