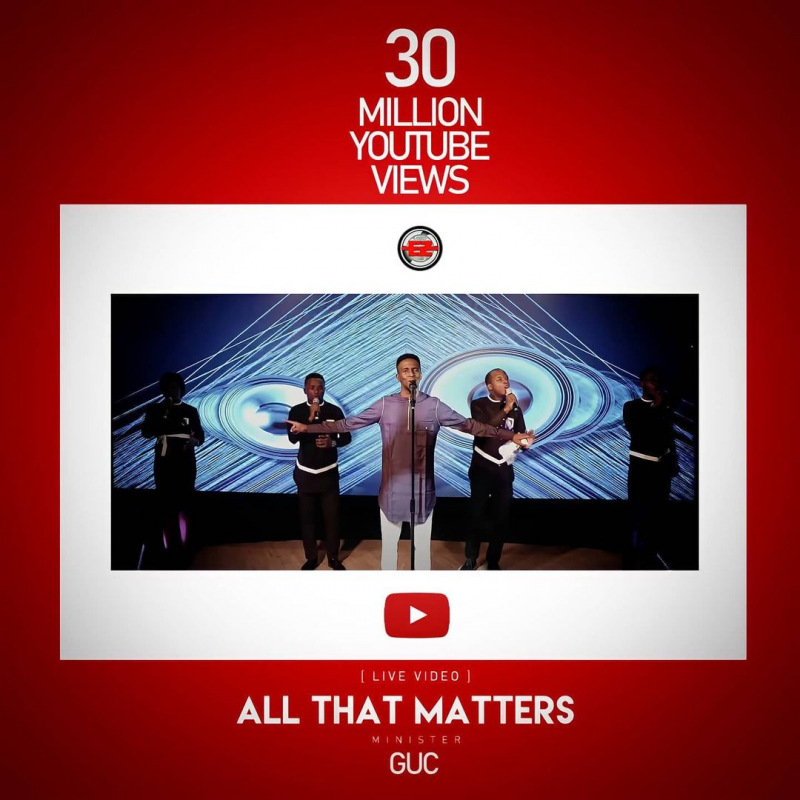 In a resounding testimony by Minister GUC, his song, "You are all that Matters" has surpassed the 30 Million mark on YouTube views. In an Instagram announcement by Minister GUC whose Name is an acronym of his official name Gift Ugochi Christopher, the singer made a thanksgiving post with a remembrance of the purpose and the aim of his Ministry.

He said,
"To inspire
To impact
To preach
And to do the work our father sent us‼️
God takes the glory
THE REWARD FOR HARDWORD IS MORE WORK!
Cc: Boss @eezeetee1"

Minister GUC is a multi-genre gospel music minister, one of the finest gospel music ministers in Nigeria, based in Port-Harcourt but has crossed its borders spreading the life-transforming gospel through music. He landed a record deal with EeZee Conceptz, the same music label with Mercy Chinwo, Judikay, and Chris Morgan in 2019.
https://www.youtube.com/watch?v=-r6mL7Ws0Cc&ab_channel=EeZeeConceptz
In 2020, he was nominated for an award in the upcoming Maranatha Awards USA Awards. His most popular song after “Desperate” is “All that matters”, which was streamed more than a million times in all music streaming platforms globally. Also, GUC’s “all that matters” has become a favorite song in many churches in Nigeria and beyond.