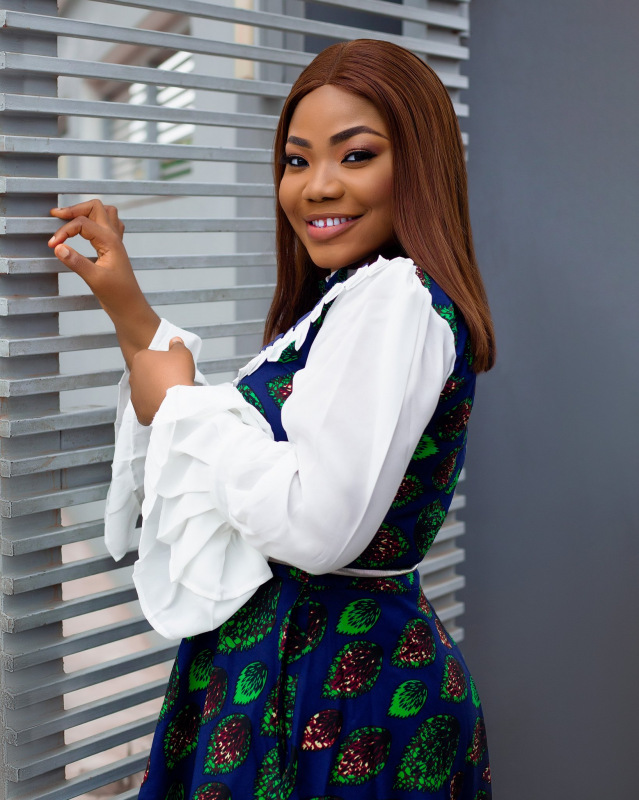 Mercy Chinwo posted a photo indicating that the new song will see her feature another singer.

She has now given room for her misic lovers to guess who the artist she will be featuring might be. 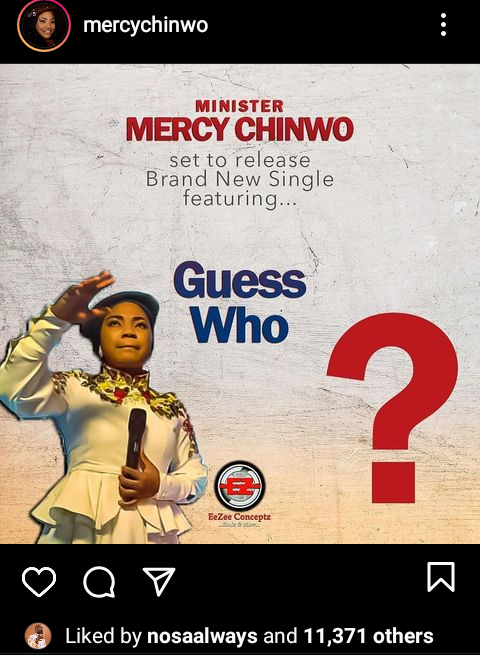 The new single will be the first from the gospel sensation since she released her second album 'Satisfied' in July 2020.

'Satisfied' is a 15-track album that houses among others popular singles like 'Chinedum', 'Obinasom', 'Kosi' and 'Na You Dey Reign'.

The 30-Year-Old singer and songwriter who was born in Port Harcourt, Rivers State got involved in music at a very early age.

She was a member of the children's choir in her church and transitioned to the adult choir prior to launching her musical career.
Merch Chinwo who is currently signed to Gospel Music Label EeZee Conceptz since 2017 released her debut single - 'Testimony', in 2015, and 'Igwe' a year later.