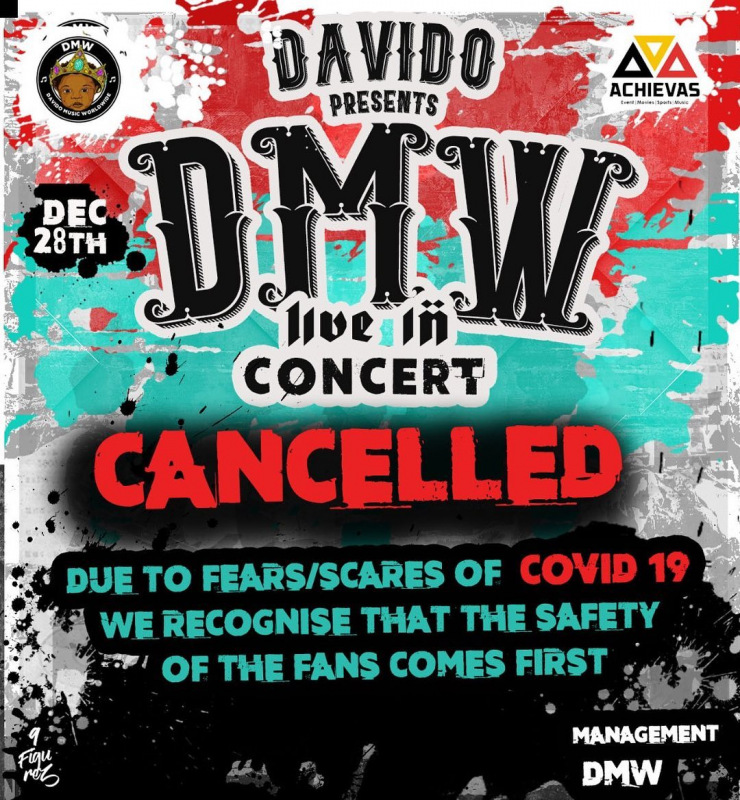 The highly anticipated 'DMW Live In Concert' has been cancelled.

Davido had planned for the concert that was to go down on December 28, in which DMW signed singers were to perform.

He termed increased Covid-19 cases in Nigeria's capital - Lagos, as the reason behind "the difficult decision to cancel" the event.

"Following increased and overwhelming concerns with the rise of Covid-19 cases in Lagos, we have made the difficult decision to cancel the upcoming 'Davido Presents DMW Live In Concert' scheduled to take place on Dec 28th," read part of the post. 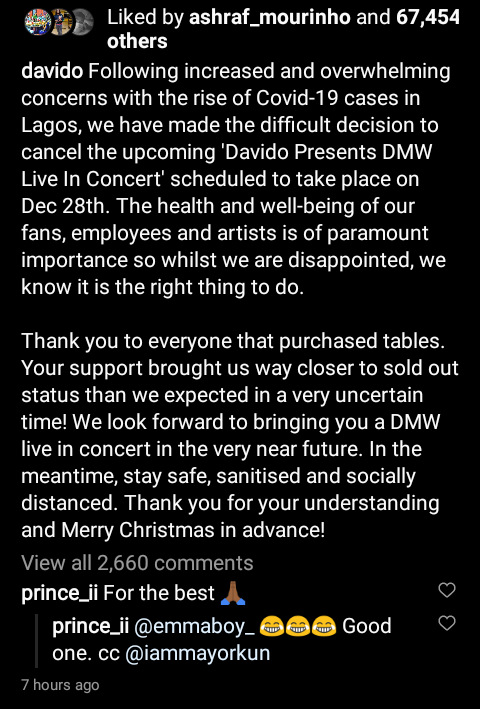 "The health and well-being of our fans, employees and artists is of paramount importance so whilst we are disappointed, we know it is the right thing to do," he added.

Davido, however, thanked all that had already purchased tickets for the event that would have seen performances from among others Mayorkun, B-Red, Peruzzi and DMW first Lady - Liya.

"Thank you to everyone that purchased tables. Your support brought us way closer to sold out status than we expected in a very uncertain time! We look forward to bringing you a DMW live in concert in the near future," noted the DMW boss.

And with the pandemic not yet contained, Davido asked his fans to continue following health protocols like sanitizing and keeping social distance so as to remain safe.