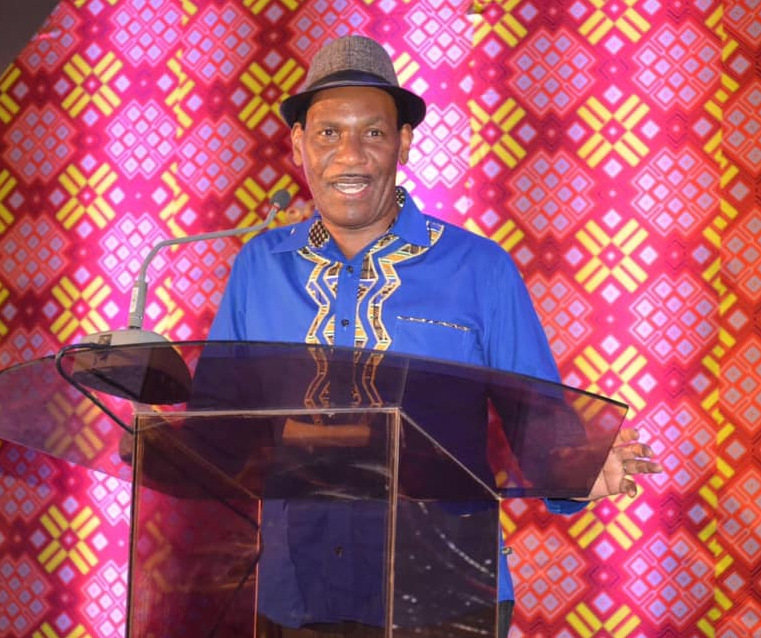 Mutua wrote a caption above a screenshot of a newspaper article, which had covered Mbogi Genjes’ victory over Sauti Sol at Kisima awards.

“Now I have to learn sheng. This Mbogi Genje generation must be redeemed. They are making a statement. . .Congratulations to the Zamaradi Production for winning the 1M Clean Content prize!” he captioned. 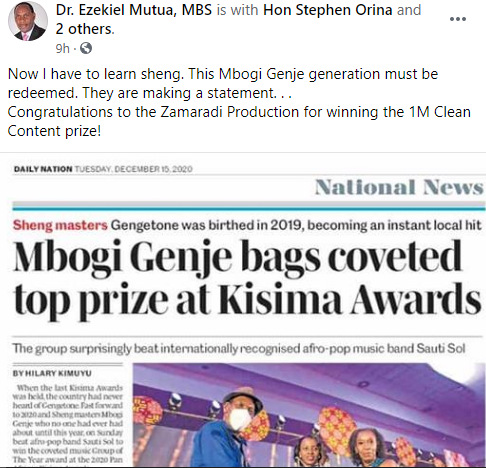 Previously, Mutua has been staunch in expressing his dislike of the gengetone genre arguing that it promotes indecency.

Meanwhile, this is not the first time he has singled Mbogi Genje as a group, to make a point about the Gengetone genre.

Previously, Mutua had posed a question on Twitter for parents of the Gengetone stars citing Mbogi Genje and their hit song ‘Kidungi’.

Read Also: Are Your Parents Proud of You? Ezekiel Mutua Questions Gengetone Artists

This new development of his interest with Sheng might help bridge the gap between him and the Gengetone artists.