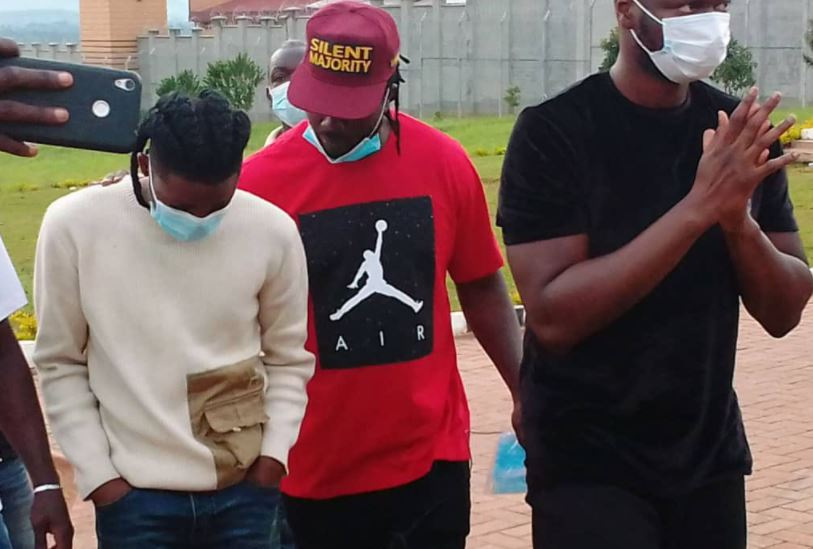 Nigerian artists Omah Lay and Tems were arrested in Ugandan over the weekend after performing at the 'Bug Brunch' show amidst an existing ban by the government due to the corona virus pandemic.

The duo spent a night in Kitalya prison after plans to release them on bond were shelved following a decision by the Office of the DPP to sanction their file.

The two appeared in court on Monday and it was ruled that they be remanded till Wednesday 16th December, 2020.

The ruling caused uproar on social media with artists from  across Africa demanding for their release.

Following the massive pressure, the artists were on Tuesday released and are expected to travel back to Nigeria. Their release order was signed by Grade One Magistrate Okumu Jude Muwone.

Following the release, veteran artist Bebe Cool shared the news on his social media handles, claiming that he was a driving force behind the release of the two artists. 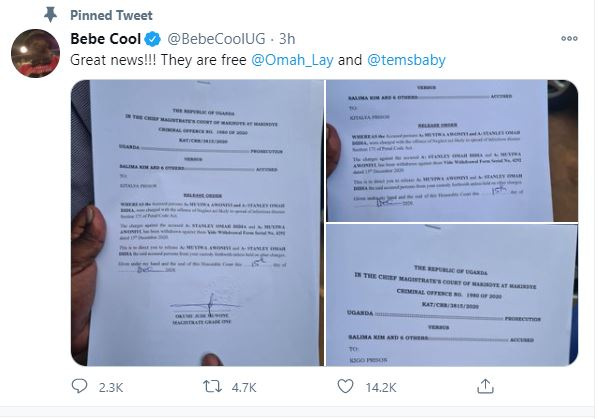 "As I announced today, my lawyers joined in representing Omah Lay, Tems and the Ugandans charged. Delighted to see the illegal and unfair charges dropped! Evidence that voices matter, that PEOPLE POWER can force the people in power to act. We must never underestimate our potential!" Bobi Wine posted. 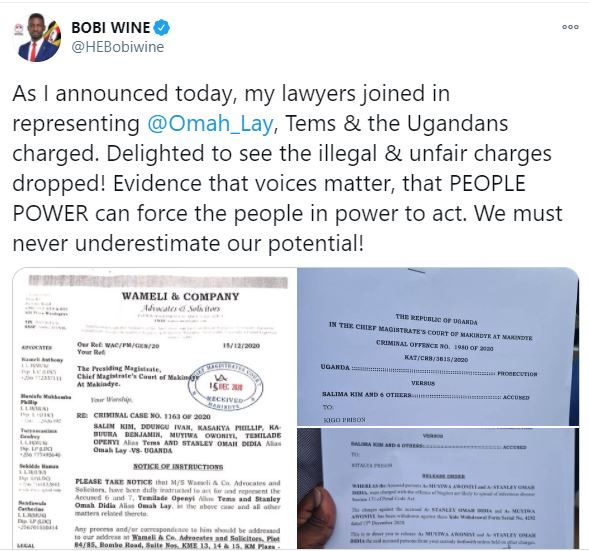