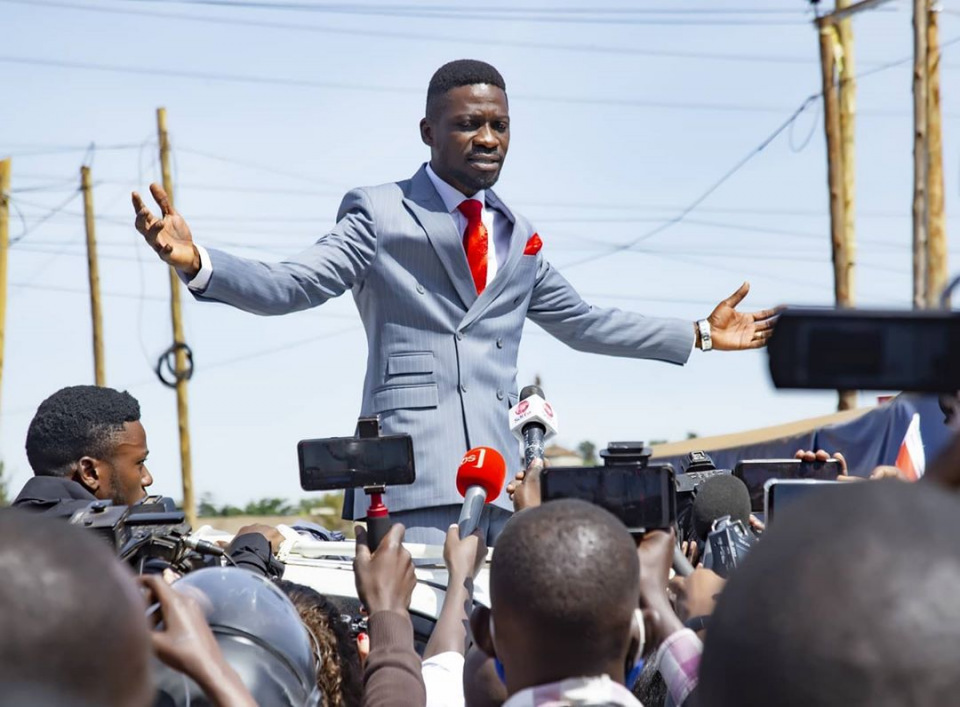 Congratulations are in order for singer turned politician, Robert Kyagulanyi Ssentamu alias Bobi Wine who has officially been cleared to vie for the country’s presidency by the Ugandan Electoral Commission.

On Tuesday, 3rd November 2020, Bobi Wine alongside his wife Barbie Itungo Kyagulanyi and his music partner Nubian Li visited the electoral commission offices where Bobi Wine was cleared to contest for the highest political office in the country.

Bobi Wine’s fans took to the street to celebrate the milestone, with many vowing to support his bid to become the country’s next president.

After the successful nomination, Bobi Wine had planned to visit his party headquarters in Kamwokya to deliver his speech, but he was dramatically arrested by police.

He was forced into a police van and drove to his home in Magere.

“Right after nomination, Bobi Wine was violently arrested outside nomination venue! He's been brutalised by police and military. They've blocked him from proceeding to launch his manifesto at office. It is clear Museveni and his regime are in so much panic. We Shall Overcome,” Bobi Wine’s spokesperson tweeted.

Meanwhile, Bobi Wine has promised to revolutionize Uganda and run a people-centered government if he is elected as the next president.

"Fellow Ugandans, I present myself as a servant, not a boss. We are going to run a people-centered government. Our government will zone Uganda into agricultural zones,” he said in a statement to the media.