Stonebwoy in Trouble Over Comments on Ashaiman Peace Post 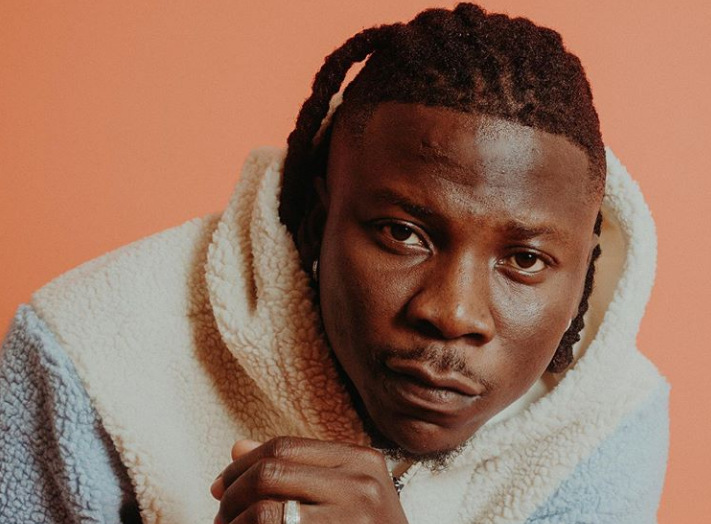 Award winning Ghanaian dancehall artiste, Stonebwoy, known in private life as Livingstone Etse Satekla has received a lot of unwarranted backlash on Twitter after he made a post urging the people of Ashaiman not to allow themselves to be used by politicians.

Some youth in the Ashaiman community protested on Sunday over the 2020 election results. This is as a result of the National Democratic Congress (NDC) had made allegations about the results and subsequently rejected the results.

After the protest, Stonebwoy posted a video in which some Ashaiman residents who apparently are supporters of the National Democratic Congress (NDC), on Sunday, had gathered on the streets demonstrating over the alleged rigged results of the 2020 general elections.

They created roadblocks and burnt car tyres in the middle of the road, and it took the intervention of fire service personnel to quench the fire before it could get any worse.

Stonebwoy, in his post urging the people of Ashaiman to keep the peace, said, “Ashaiman, My People Please all these ones Cannot Solve anything the politicians themselves know better what To do. Where our small power counts is to vote and we have done just that. Don't allow urself to be used by heart let’s KEEP THE PEACE. and Go about our hustle it Go better..”

It is to this that people on Twitter have reacted that the musician should stop preaching peace and talk of justice instead because there can be no peace if there is injustice in the country.

See some of the responses below:
"It is better you be in the lane of your music.This is not about music beside they do support you because they like and love what u do but I don’t think when u wake up , you do move around ashaiman and give everyone breakfast to eat so you have no right to tell them who to choose," @ChelseaVcm tweeted.

"You voted for Nana finished so come and tell us bulshit!!!
Aaah you spoile my day," @abdulshafiu09 also tweeted.