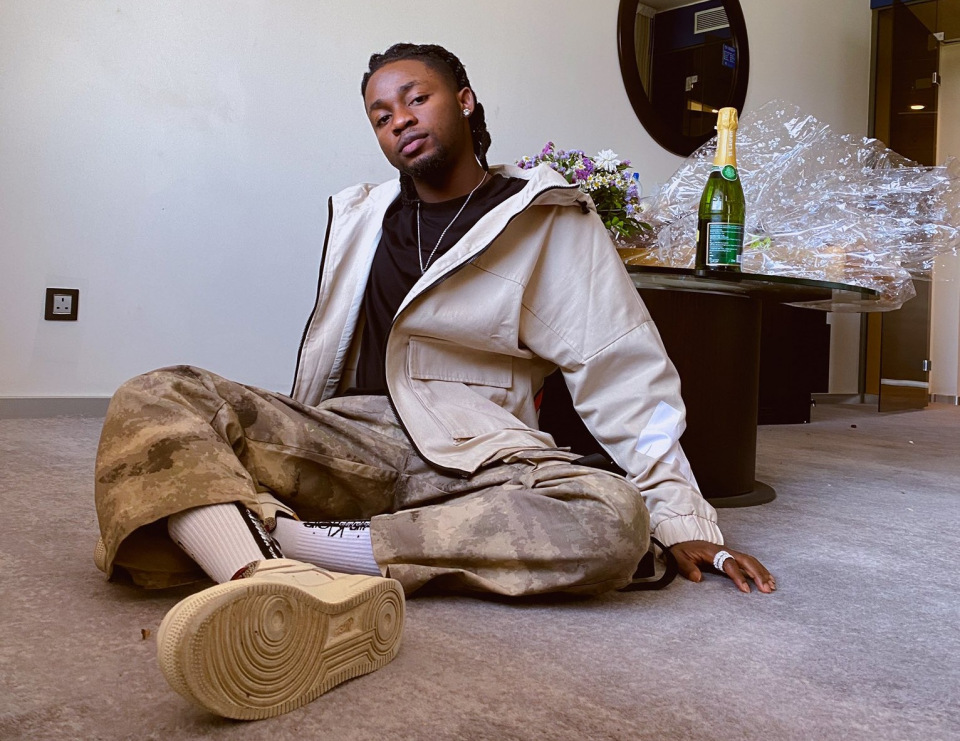 There has been an uproar on social media among Nigerian musicians following the arrest of Omah Lay and Tems by the police in Uganda.

The two singers were arrested on Sunday, December 13, after performing in a club in Kampala, Uganda.

Omah Lay, Tems and her manager alongside three Ugandans were on Monday charged for Involvement in acts likely to spread an infectious disease - Coronavirus.

But even as the singers await their matter to be mentioned before court on Wednesday, December 15, Nigerian musicians have united - all demanding for the release of their colleagues using the hashtags #FreeOmahLay #FreeTems.

In posts on their social media pages, the singers led by among others Davido, Burna Boy, Wizkid, Yemi Alade, Patoranking and Fireboy DML defended Omah Lay and Tems saying it was wrong for them to be arrested by the same authorities that allowed them into Uganda.

The Nigerian Raggae Dancehall singer Patoranking in a tweet said: "Arresting Omah Lay and Tems Makes no sense at all... Uganda This is Sad #FreeTems #FreeOmahLay."

Burna Boy on his part noted that anarchy should not be targeted at artists.

"They should not be treated like this! @PoliceUg ?! they were invited for a show organised by your citizens, granted visas, tickets were sold publicly on the WORLD WIDE WEB! this anarchy should not be targeted at the artists! #freetems #FreeOmahLay," tweeted the double-Grammy nominated singer. 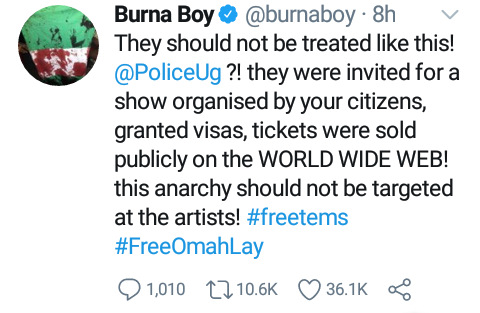 Wizkid in a post on his official Twitter handle simply said: "#FreeTems #Freeomahlay Free my people & bring them home safe!" while Yemi Alade pleaded for the release of the two singers saying: "Please free #omalay and #Tems ..."

Davido noted that Omah Lay and Tems were just trying to make a living out of their talent and did not deserve such a treatment in the hands of the police.

"Omo this Ugandan P, how can we help? What can we do? Artists just tryna eat! They didn’t bargain for this @PoliceUg !!!!! BIG CAP!!" reads his tweet.

Fireboy DML had earlier rallied social media users to demand for Omah Lay and Tems release saying they did not deserve the mistreatment.

"what is going on? @PoliceUg why are Omah Lay and Tems being mistreated?!

#FreeOmahLay #FreeTems everyone please let’s create more awareness on this, it’s no longer funny !" Fireboy DML had tweeted on Monday.