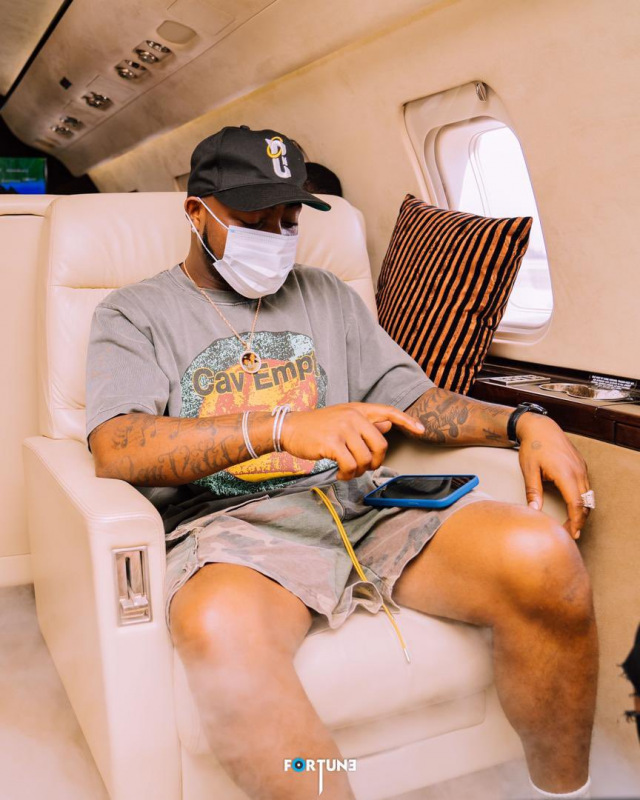 A recently released album from a Nigerian superstar Davido dubbed 'A Better Time' has registered a massive 213.2 million cumulative streams across all digital platforms.

These streams have been achieved in just about a month since the album - Davido's fourth was officially released.

Sharing a breakdown of how the album released in November 2020 has performed, Davido indicated that there was more to come.

"Forever grateful!! More to come !.. A BETTER TIME ! #LLTJ," read a tweet alongside a photo detailing streams in each digital platform. 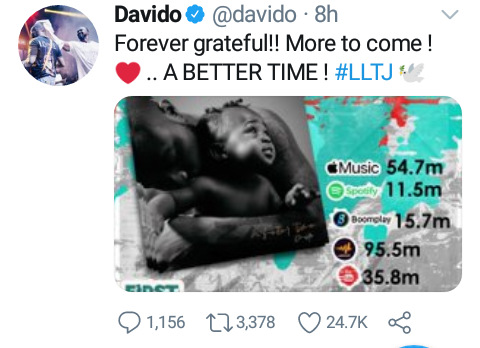 According to the data shared, 'A Better Time' has got more streams on Audiomack, Apple Music and YouTube. 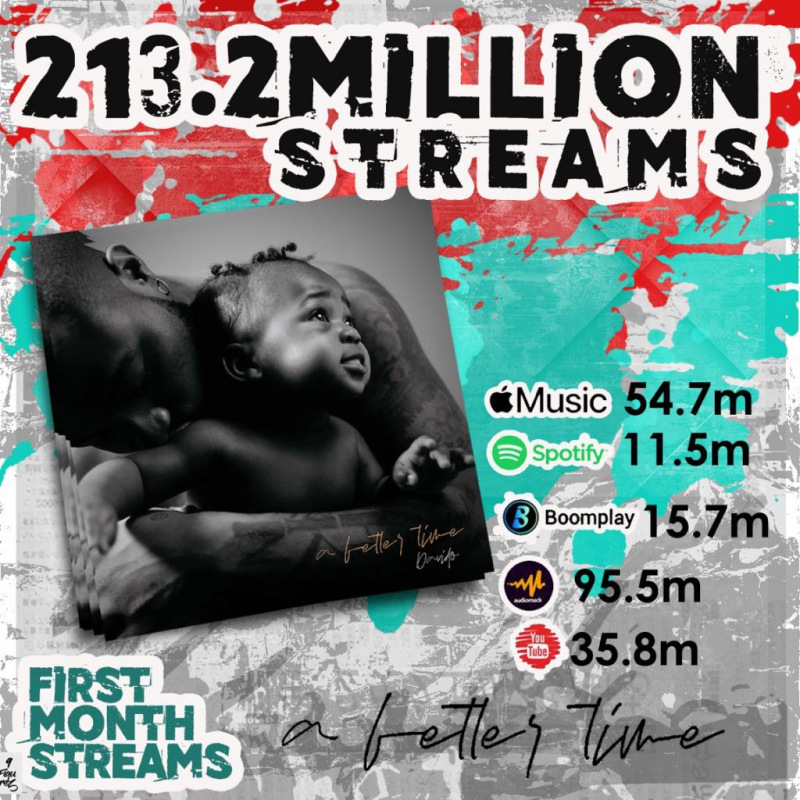 So far, Davido has released three music videos off the album - for the lead single 'FEM', 'So Crazy' featuring Lil Baby and 'Jowo'.