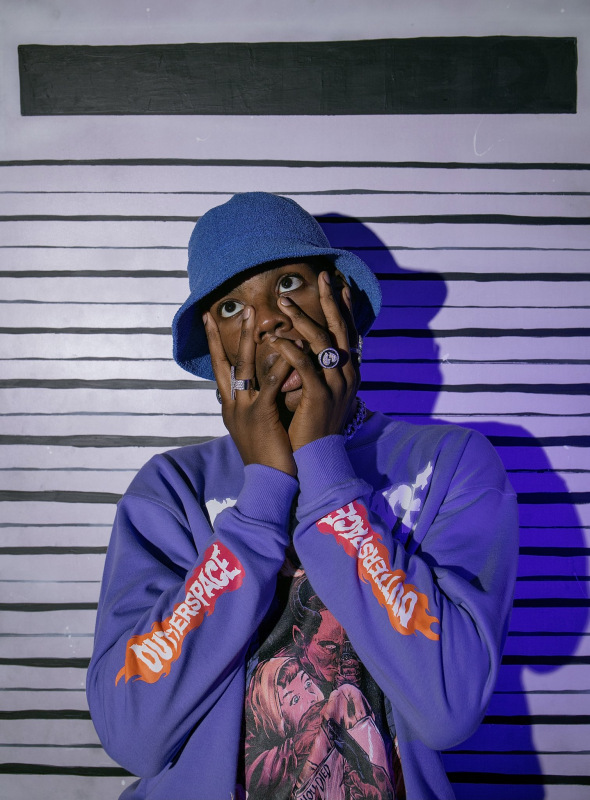 Marvin Records golden boy Rema has bagged yet another award - this time round in Cameroon.

The singer known for his unique style of music won the Biggest African Music Exporter at the 2020 Muzikol Music Awards(MUMA).

MUMA is an awards event developed by Muzikol for musicians and Music Professionals driven by technology and engineering. 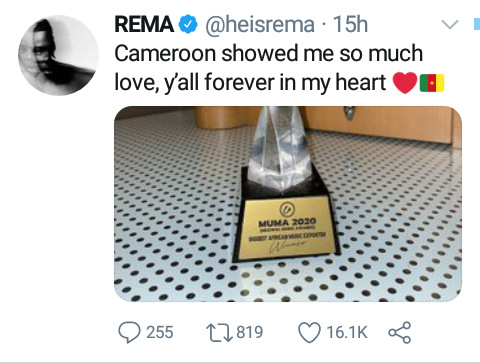 Taking to his Twitter to share with his fans about his latest awards, Rema said: "Cameroon showed me so much love, y’all forever in my heart."

Rema is the only Nigerian singer who won an award at MUMA 2020.

Born Divine Ikubor, Rema has had an impressive year that started with him winning The Future Awards Africa Prize for Music.

He has also had a number of nominations for the Headies, BET and the All African Muzik Magazine Awards (AFRIMMA).

In 2020, Rema dropped at least four singles: 'Beamer' in which he featured Rvssian, 'Ginger Me', 'Alien', 'Woman' and his most recent one 'Peace of Mind' that he released this December. 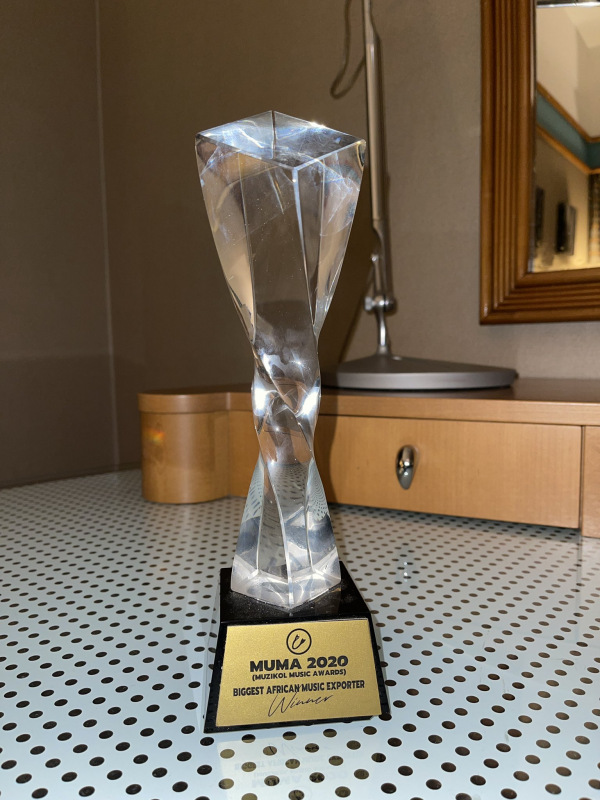 The Nigerian singer, songwriter and rapper in 2019 signed a record deal with Jonzing World, a subsidiary of Mavin Records.

He rose to prominence with the release of the song 'Iron Man' which appeared on Barack Obama's 2019 Summer Playlist.