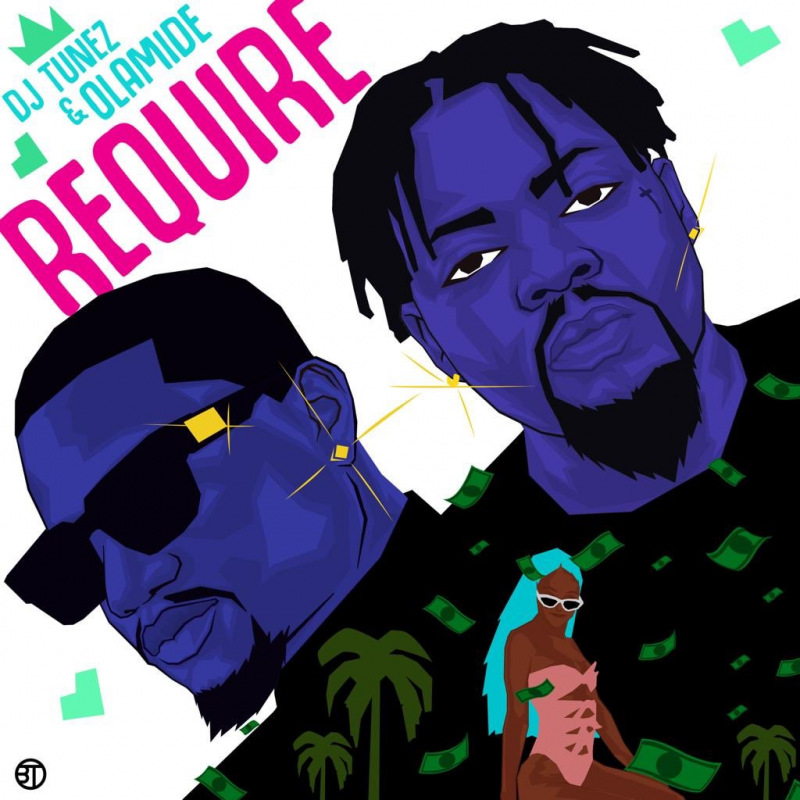 Starboy Entertainment official disk jockey, DJ Tunez has dropped what looks like his last single for the year 2020.

In this new song titled 'Require', DJ Tunez teams up with the legendary Olamide to wrap up an impressive year.

'Require' is a banging hit - a potential banger for that matter - that beautifully blends Afrobeats and Amapiano.

Produced by P.Prime, 'Require' has a good sound and beat which would easily get you to the dancing floor - a perfect song for the festive season that we are getting into.

In one of the many tweets about the song, DJ Tunez said: "THIS SONG WILL #REQUIRE LOUD SPEAKERS!"

The new love-theme song officially dropped on December 3 and has some good lyrics as well:

"Another man can't do you the way I want handle you. Blow me out like a candle," read part of lyrics in the second verse of the song.

Olamide adds his legendary voice on the track as he asks his lady what he requires.

'Require' adds to several hit singles that DJ Tunez has released in 2020 among them 'Cool Me Down' featuring his boss at Starboy Entertainment, Wizkid, and a super collaboration with Wizkid, Adekunle Gold and Omah Lay on the single 'Pami'.

Officially known as Michael Babatunde Adeyinka, DJ Tunez is a Nigeria and USA based disc jockey and was asked by Wizkid to join Starboy Entertainment, as the official label DJ in 2015.

Since his first production in 2016's for the hit single 'Iskaba' with Wande Coal, DJ Tunez has collaborated with other acts such as Wizkid, Sarz, Burna Boy, Busiswa, Reekado Banks, and many more.