Top 2020 Nigerian Collabos You Should Add To Your Playlist 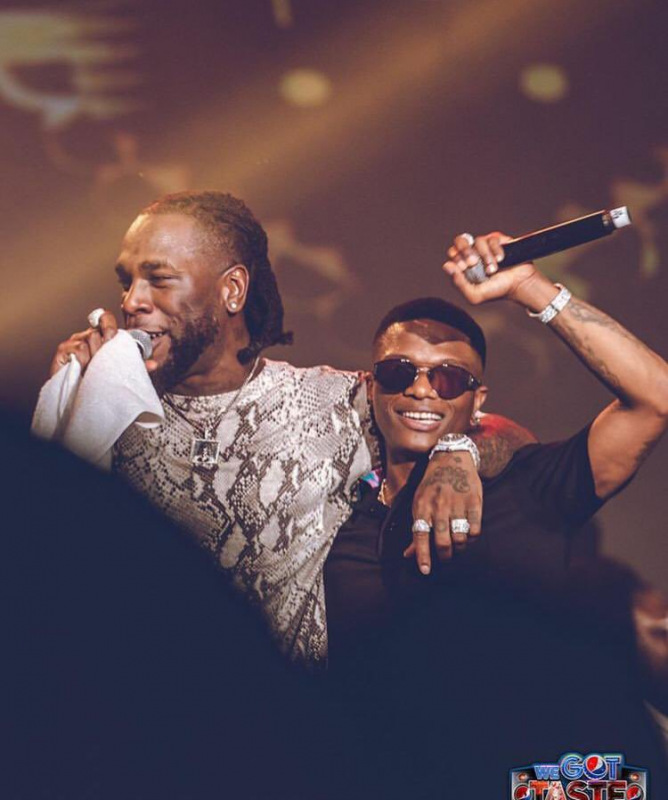 We are only weeks away to the end of 2020, so there is a likelihood that we have a couple of new songs that will be dropping in the remaining three weeks or so.

However, we already have a number of songs that have been released and this article takes a look at some of the biggest collaborations among Nigerian artists in 2020, so far.

This is an atmospheric single that has been a major hit featuring the triple talent of DJ Neptune, Mr Eazi and Joeboy.

'Nobody' housed in DJ Neptune's 'Greatness II' (Sounds of Neptune) EP was produced by Magic Sticks.

Just by the look of artists featured in this song, you can tell that it's a mega collabo.

It is not often that you will get Wizkid, Adekunle Gold and Omah Lay in one song.

This collabo between Mayor of Lagos - Mayorkun and Afrobeats star Davido topped several charts in Nigeria.

A duet between Mayorkun and Davido has always been a hit.

I doubt there's a person who does not know this song. It has been a major hit in 2020 to an extend that it got a nomination for the Collaboration of the year at the All African Muzik Magazine Awards (AFRIMMA).

LadiPoe and Simi perfectly teamed up in this love song - seamlessly exchanging lines which has made it among the fans' favorite.

It has been a good year for Bella Shmurda and one of his best performing singles is 'Cash App' that features Zanku Master - Zlatan Ibile and Lincoln.

The song that has been buzzing for the better part of the second half of 2020 is all about working hard in your hustles and enjoying a good life.

When a veteran singer and a rising star team up, the impact is always massive and that is what 'Infinity' is all about.

This track created basically with Olamide and Omah Lay voices plus minimal use of beats has topped a number of charts for a while and still remains among the fans' favorite.

'Infinity' is a song housed in Olamide's 'Carpe Diem' album.

This is ultimately the biggest collabo of the year among Nigerian artists - bringing together two biggest and most successful acts: Wizkid and Burna Boy.

The song that has been attracting millions of streams and views on multiple digital platforms is part of Wizkid's 'Made In Lagos' album.

There are many more collabos that Nigerian artists have released so far. Which one do you think should also make it to this list?