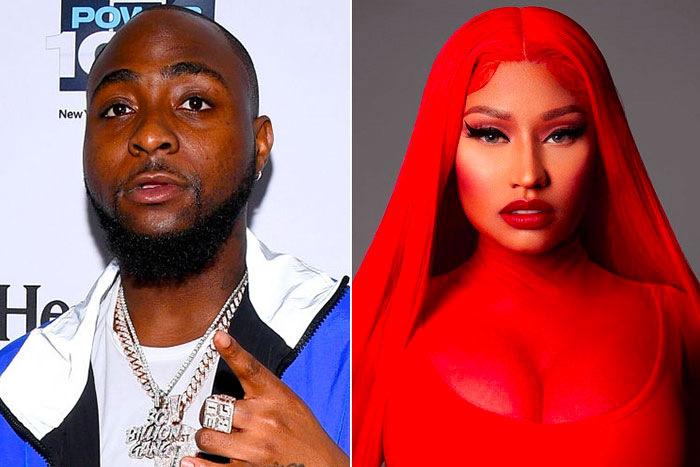 Photo: Davido and Nick Minaj. The two teamed up for the song 'Holy Ground'. Source: Rap-Up/Twitter

November 2020 has been a busy month for the Nigerian artists.

It is a month that saw several projects drop - from Yemi Alade's 'Empress' album, Davido's 'A Better Time' and Omah Lay's second EP 'What Have We Done' among others.

Here are some of the top songs that were dropped by Naija artists in November 2020.

'Gra Gra' is an inspirational song from Timaya's new album 'Gratitude' that dropped this November.

In this song, Timaya continues to tell his story of how he managed to rise from many challenges in life to be where he is now - insisting that hard work is all that is needed to Suceed.

'Gra Gra' already has official visuals, released on November 4 and has over 1.5 views on YouTube by now.

I Choose You - Yemi Alade

Off her fifth studio album 'Empress', 'I Choose You' is a sizzling pop duet in which Yemi Alade features French singer Dadju.

Yemi Alade has already done an official music video for 'I Choose You' in memory of choreographer Nicole Thea.

2020 has been a year that Omah Lay rose to prominence and it gets better as he dropped his second EP 'What Have We Done'.

The buzzing single 'Godly' in which Omay Lay ponders on his new fame and fortune is housed in the EP.

This is one of the best performing songs from Davido's 'A Better Time' album that he dropped this month.

'Holy Ground' is warm and heartfelt song in which both Davido and Nick Minaj praise their love interests which they term as spiritual area that brings both of them comfort and happiness.

Without a music video, the song already has over 2.1 million views on YouTube in about a fortnight.