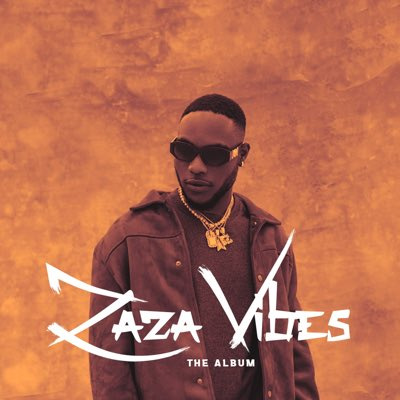 L.A.X officially released the album that he executively produced on November 26, 2020.

In the 12-track album, L.A.X features a number of popular Nigerian acts among them Mr Eazi, Peruzzi, Tekno as well as Simi and Tiwa Savage. 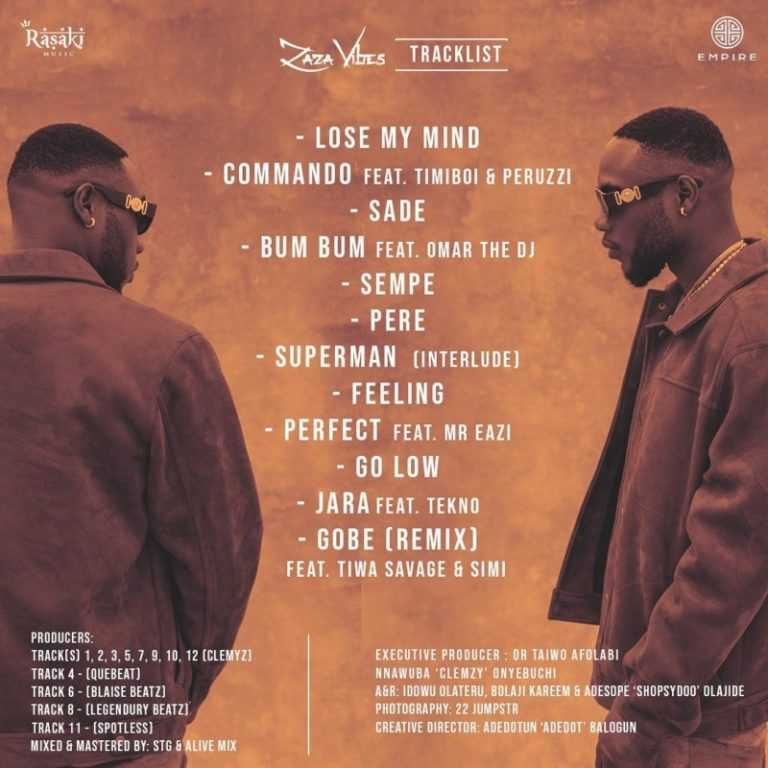 The artist who started as rapper and was part of a three-man group called Flyboiz while he was still in high school serves his fans with mellow tones in the 'Zaza Vibes' project.

The album houses a previously released infectious standout track 'Losing My Mind' that displays the singer’s Afropop nous while 'Sade' employs a tropical feel and sensual lyricism reminiscent of the famed British superstar.

Check out the tracklist of the album: 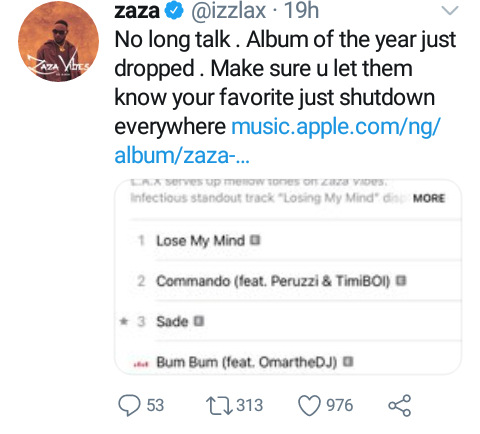 While officially introducing the 'Zaza Vibes' project to his social media family, L.A.X termed it as the album of the year.

"No long talk . Album of the year just dropped . Make sure u let them know your favorite just shutdown everywhere," he tweeted.