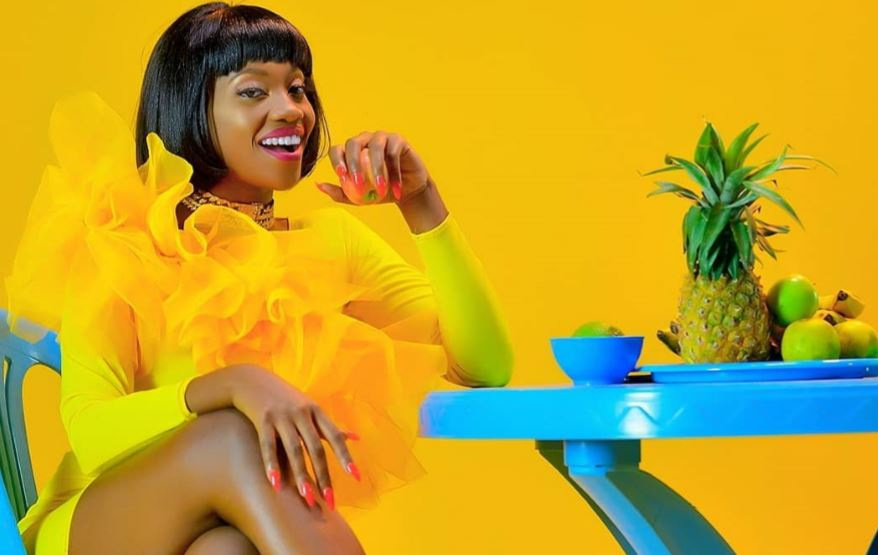 The One Ticket Management youngster last released a song titled 'Respect' four months back and her fans have been yearning for new music.

In 'Seeka', (loosely translated to mean 'Sheikh') Recho Rey narrates how she is taken up by her love for rich old men.

She narrates how one of those men has given her the luxurious life that she wants and treats her like a queen, without cheating on her.

The audio was produced by St. Andrew under JR Music Entertainment, while the video shot and directed by Aaronaire On Set.

In the video, Recho Rey features famous Don Data who has made a name through MTN's eye catching data adverts.

Recho Rey came to the limelight during Feffe Bussi's 'Who is Who' challenge that trended nationwide.

Speaking at a past interview, Recho Rey revealed that she wrote her lyrics for the challenge in only 30 minutes and it was amazing.

Read Also: 5 Rivalries That Have Shaped the Ugandan Hip-hop Industry

She has since released a number of songs like 'Guma Bakunyige', 'Cheating', 'Bwogaana' ft Winnie Nwagi among others.